Bogotá Is the capital and largest city of Colombia.
Located in the centre of the country at an altitude of approximately 2,600 metres, (It is the third-highest capital in South America and in the world   after La Paz  and  Quito).
Bogotá enjoys an almost perfect climate.(Temperature  average annual temperature of 14.5°C.).

The city has a population of around 8 million and is divided into a number of different areas. The city is laid out in a grid pattern and has a number of plazas, or squares, including the Plaza Bolívar (The Plaza Bolívar is located in the heart of the historical area of the city and hosts a statue of Simón Bolívar, sculpted in 1846, The first building on the square, a cathedral, was constructed in 1539).

Interesting facts about Bogota
Bogota is renowned for its many markets, which include coffee and cacao.

Bogotá famous for its street art, many buildings in Bogotá have been adorned with incredible graffiti that is well worth seeing!
The first astronomical observatory of the Americas was built in Bogotá in 1802-1803.
Monserrate, Bogota, is one of the most important places of pilgrimage in Colombia.
Bogota’s music culture is so extensive that it was claimed the UNESCO City of Music in 2013. 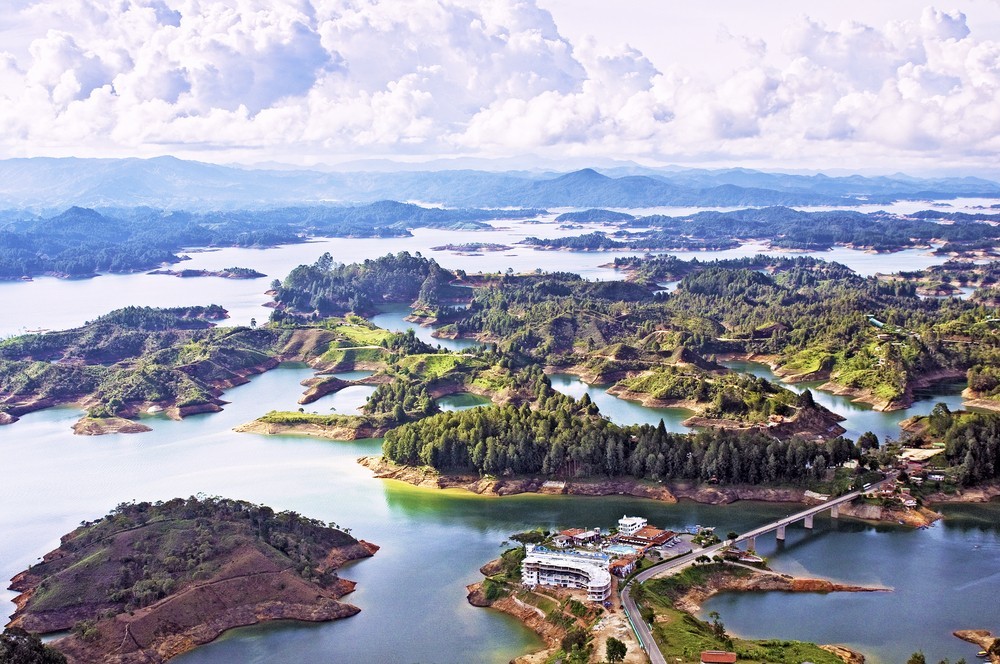 Guatape Village is called the ‘Little Switzerland’ of Colombia, located 79 kilometres away from Medellín.
Guatape offers the adorable village where the streets are colorful with cobblestoned streets.
The buildings from Guatape are known for their colorful and artistic Zócalos.
In the 70’s, a large reservoir was created that flooded 2,200 hectares of land. This dramatically changed the surrounding landscape and started to bring travelers.
The town’s main attraction is the gigantic rock, visible pretty much anywhere you are in the city The Rock of Guatape (La Piedra or El Peñol).
Peñón de Guatapé towers up to 200 meters (656 feet) above its base. Visitors can scale the rock via a staircase built into one side, a path that includes more than 649 steps to the top.
On the northern side of the stone, there are large white letters “GU”. The residents of Guatapé decided to settle the matter by painting the name of the town on the rock with huge white letters, but only the “G’ and a part of the “U’ were completed because a large angry mob was assembledt o stop it.

San Andrés  is a coral island in the Caribbean Sea part of Colombia and historically tied to the United Kingdom.
Scuba diving sites, one of the best beaches in the Caribbean, a blue sea, perfect sunsets, white beaches and towering palm trees that sway in the breeze.
Spratt Bright, located in the shopping district of San Andrés. Flanked by a promenade full of restaurants, hotels, bars and shops. This 2-km. “Acuario”, a grouping of cays.
Dont miss
The Botanic Gardens, an 8-hectare space in the center of the island.
Westview Park, a perfect place to go diving. There you'll find Mermaid's Cave and the famous cabins.
Pirate Morgan's Cave, where, legend has it, the pirate stashed his treasure trove of riches stolen from the Spanish. 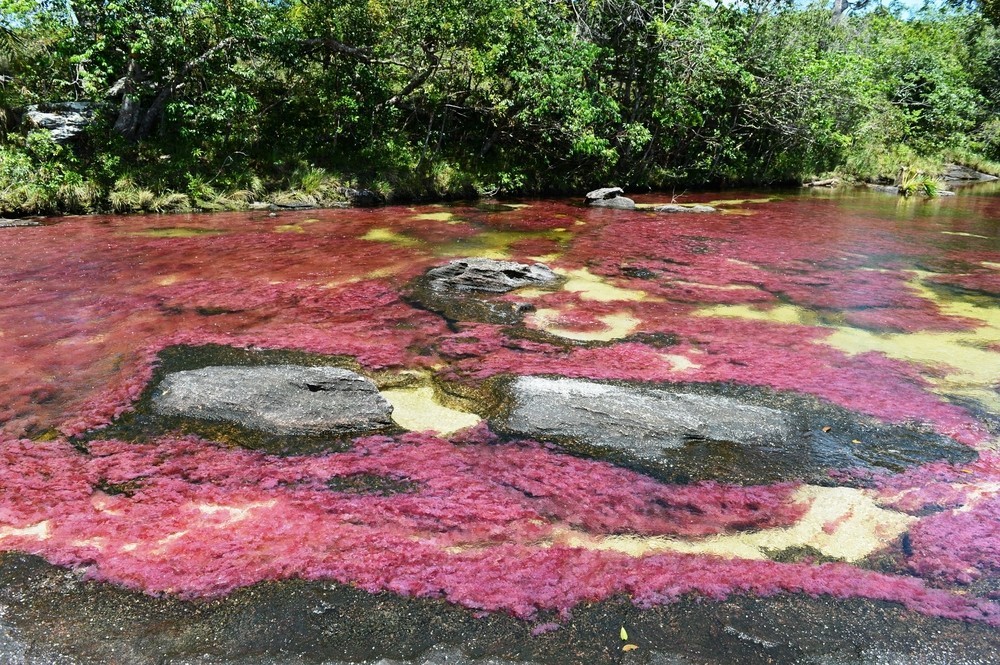 Caño Cristales is a Colombian river. The river is commonly called the "River of Five Colors" and is noted for its striking colors and Caño Cristales has been long referred to as the most beautiful river in the world.

Caño Cristales is the most spectacular natural wonder in the country. Found in the mountain range of Serranía de la Macarena, the river mesmerizes with amazing colors: vivacious yellow, green, blue, black and red shades quiver from the bottom.

The Liquid Rainbow is caused by a unique phenomena. the macarenia clavigera plant creates the vibrant yellow, green, blue, and red shades that mesmerize its guests.
The blue waters, black rocks, green sands, and yellow algae of the river combine with the Macarenia clavigera to produce a cornucopia of tones that rush the senses.
The best time to visit Caño Cristales is during the months June to November.
Cano Cristales is located in a remote, isolated area not easily accessible by road. today there are Colombian tourist agencies that will fly travellers to La Macarena.

From there it is a short trip into Serrania de la Macarena. you can also go swimming in certain parts (Only 200 people are allowed to swim per day). 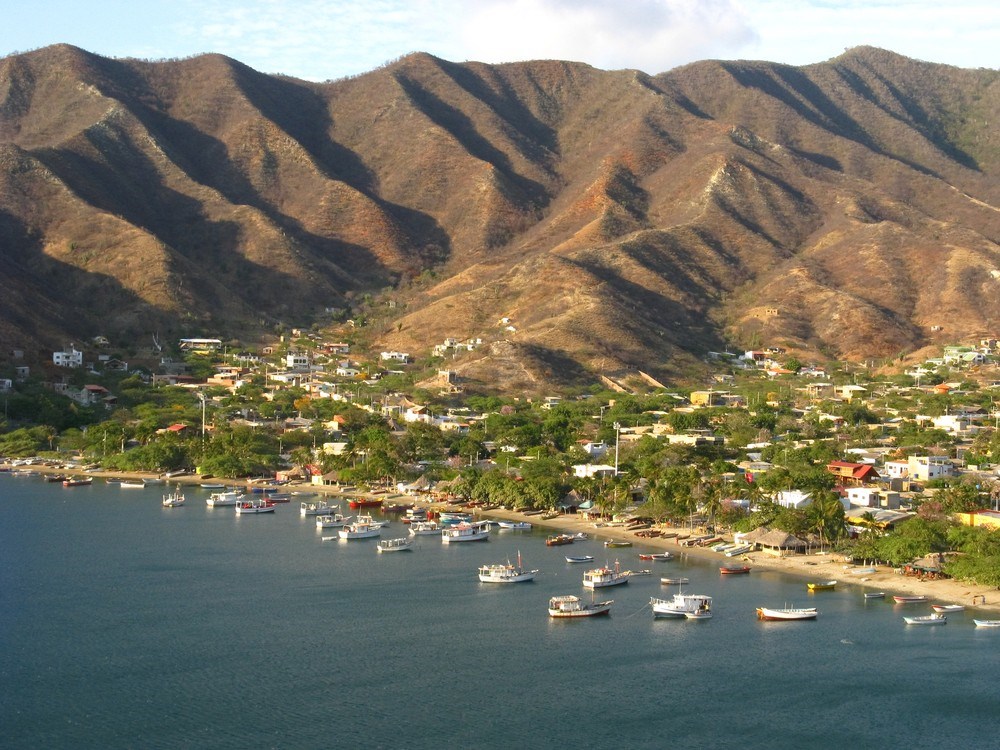 Interesting and Fun Facts about Colombia 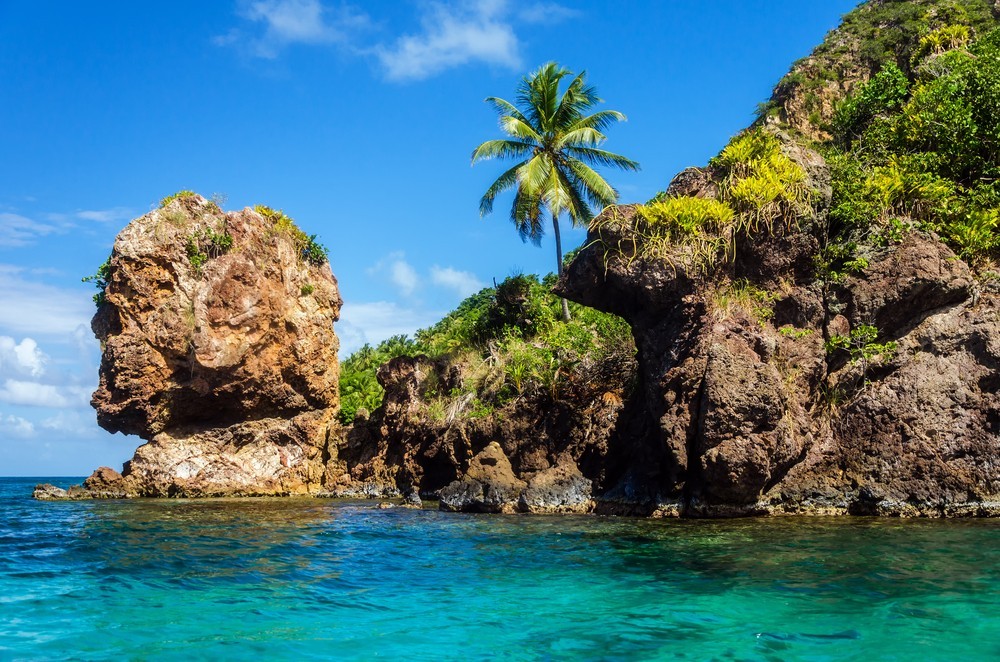