Peru
Top Things to See & Do
Accommodation: Click on the image 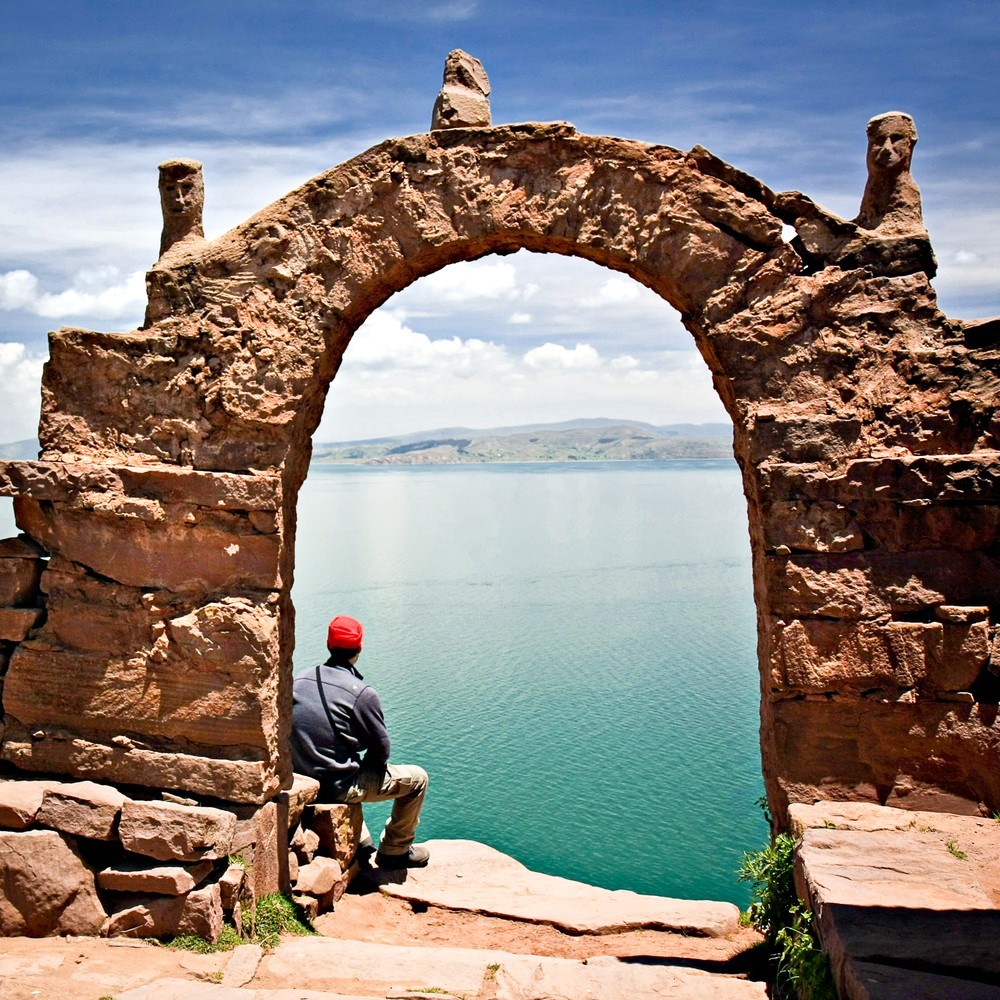 Lake Titicaca Is a large, deep, freshwater lake in the Andes. About half the lake resides in Peru and half in Bolivia.
It covers 8,300 square km, sunning 190 km and 80 km across is at 3,812 m  above sea level.
The lake has 41 islands, Some of the islands are home to many people.
A narrow strait, Tiquina, separates the lake into two bodies of water. The smaller, in the southeast, is called Lake Huiñaymarca in Bolivia and Lake Pequeño in Peru; the larger, in the northwest, is called Lake Chucuito in Bolivia and Lake Grande in Peru.The Andean peoples refer to the lake as "The Sacred Lake, and legends say that the first Inca rose from its depths and went out to found the Inca Empire.
At the time of the Spanish Conquest, one of the most important religious sites of the Inca Empire was located on the Island of the Sun.

Interesting Facts and Information About Huacachina
Huacachina is a village built around a small oasis and surrounded by sand dunes in southwestern Peru( 4 hours south of Lima, close to the city of Ica).
This oasis was formed thanks to an underground current of water, which generated the growth of plants and trees in the middle of the ica desert.
Huacachina isa natural desert Oasis, Largest sand dunes in South America and this village is home to less than 1,000 local people.
The Legend of Huacachina the oasis originated from the tears shed of a maiden from the town of Tacara who mourned the death of her beloved, a young Inca warrior. After crying for days and nights, the lagoon was created. The girl’s name was Huacachina. The legend says that every night of the Full Moon, the young woman leaves the lagoon to continue crying to her beloved dead in the war.
There are lots of things to do to Huacachina, sandboarding, sand skiing and dune buggy rides, pedal boats on the lake and hikes up the dunes to watch the famous sunsets, but the most popular thing to do in Huacachina is dune buggy rides.(The dune buggy rides are usually 2 hours long).