China Top Things to See & Do

China Top Things to See and Do-Great Wall of China

The Great Wall of China is one of the greatest sights in the world,the longest wall in the world, an awe-inspiring feat of ancient defensive architecture.

The Great Wall of China is a series of fortifications made in the general  direction in Northern China to protect the Chinese empire from encroachment by nomads, invaders and any other intrusion, that covers 15 regions in North China, starting from the Shanhai Pass (Hebei Province) in the east and ending at the Jiayu Pass (Gansu Province) in the west,Beijing is the most popular city to visit the Great Wall due to its convenient location and various sections of the Great Wall.

The Great Wall of China is made up of a number of different sections. These sections were built by various dynasties over a long period of time from stone and other materials.

The official length is 21,196.18 km(Most of today's relics are the Ming Dynasty Great Wall: length 8,851 km ) The average height of the Great Wall at Badaling and Juyong Pass is 7.88 meters, and the highest place is 14 meters high,The average width is 6.5 m ( Parts of the wall are so wide that a car can be driven inside.)

The Leshan Giant Buddha. A monk named Hai Tong  was concerned about the safety of local people living near the three rivers.
He believed that the Buddha would keep the turbulent waters calm. built between 713 and 803.

Is a 71-metre  tall stone statue,his head is 14.7 meters in height and 10 meters in width,and his nose and eyebrows are 5.6 meters in size. His mouth and eyes are 3.3 meters wide; his neck is 3 meters long; his shoulders are 24 meters wide,his fingers are 8.3 meters long and 1021 individual strands of hair.

There is a cleverly designed drainage system between his two ears.
In December, 1996, the location of the Buddha was included by UNESCO on the list of the World Heritage sites.

The Buddha is located to the east of Leshan City,at the confluence of three rivers Min River, Qingyi River, and Dadu River.
There is a local saying: "The mountain is a Buddha and the Buddha is a mountain". 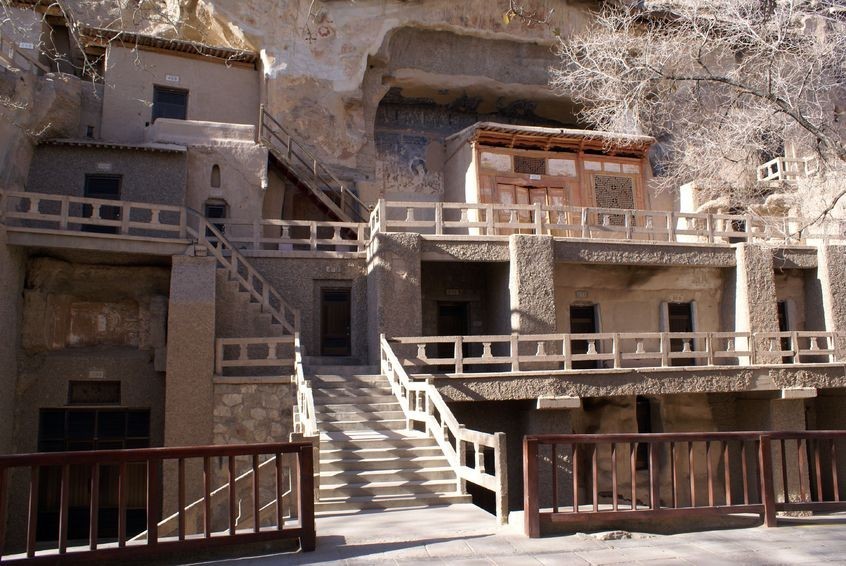 The Mogao Caves, also known as the Thousand Buddha Grottoes or Caves of the Thousand Buddhas, form a system of 492 temples.(Only 8-10 caves are opened to visitors).
The Mogao Grottoes are considered one of the most important collections of Buddhist art in the world.including over 2,000 painted sculptures, thousands of murals.

The Caves are a depository of historical and cultural exchanges over more than a thousand years between China and other nations.
It was first constructed in 366AD and represents the great achievement of Buddhist art from the 4th to the 14th century.

The cave complex is separated into two sections:
The northern caves, which functioned as living quarters,and the southern ones, which were used for pilgrimage and are far more decorative.
Location: 25 km from downtown Dunhuang on the eastern slope of Echoing-Sand Mountain (Mingsha Shan).

Tip::The total number of visitors is limited to 6,000 per day, so it is necessary to reserve a ticket in advance.
Official site 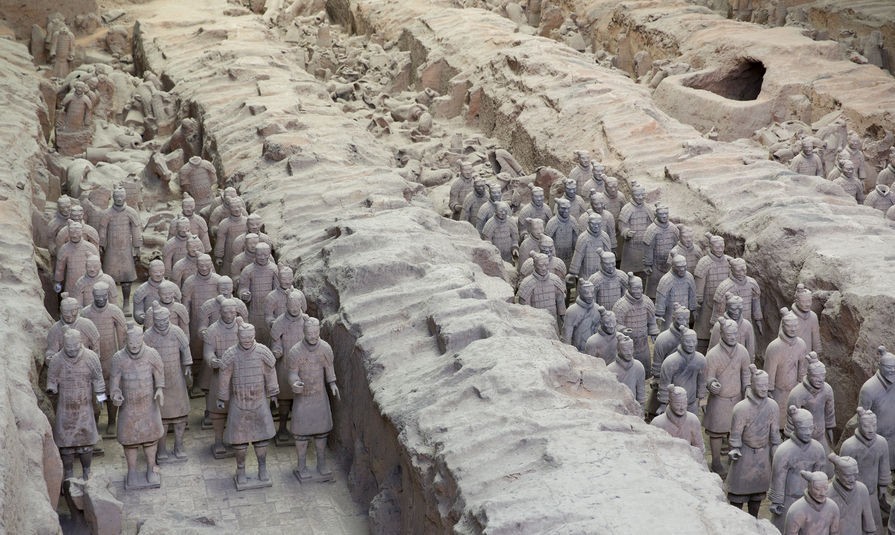 Facts from the excavation show that the Terracotta Warriors are generally 1.8-1.9 meters high, while the tallest is about 2 meters and its construction lasted nearly 40 years.

The Terracotta Army was accidently found when villagers were drilling well In March, 1974, in order to relieve the water shortage, villagers decided to drill several wells in the area.
When people were just digging the surface of the ground, they noticed that the soil was unusually hard and kind of dark. With people digging deeper, a damaged clay figure with armors gradually appeared, together with a few arrows and bricks.

Altogether over more than 8,000 soldiers, 130 chariots, and 670 horses have been uncovered, and even weapons acrobats, and concubines have also been found,  and some birds have been unearthed from these pits. Most of them have been restored to their former grandeur.

Since Oct. 1st, 2010 the Museum of Qin Terracotta Warriors and Horses and the Qin Shi Huang Mausoleum have been combined into one large attraction area. 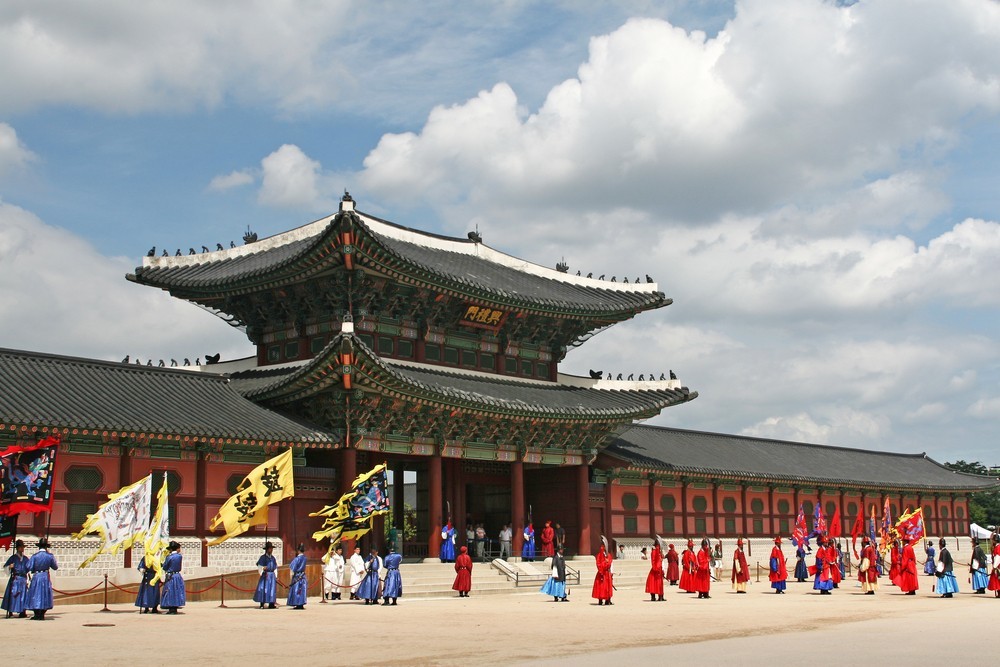 The Forbidden City  is a palace complex in central Beijing, China.

It houses the Palace Museum, and was the former Chinese imperial palace and state residence of the Emperor of China from the Ming dynasty to the end of the Qing dynasty, between 1420 and 1924 (24 emperors – 14 of the Ming Dynasty and 10 of the Qing Dynasty).
It is China's best-preserved imperial palace, and the largest ancient palatial structure in the world (It is not only an immense architectural masterpiece, but also a treasury housing a unique collection of 1.8 million pieces of art).
The Forbidden City Interesting facts.
Around the city there is a 52-meter wide moat as the first line of defense and It is surrounded by a 10-meter-high wall, which is 3.4 km (2 miles) long.

It was listed as a World Heritage Site in 1987 and is the largest, best-preserved ancient timber-built palace complex in the world. All the doors have 81 nails, that is 9 rows of 9 nails each—except one Donghua Gate.
All the major buildings are wooden structures roofed with yellow glazed tiles and supported by white marble terrace.
There Are 9,999 Rooms in the Forbidden City (there was not a single toilet in the Forbidden City) and there are 13,844 dragon images in the Forbidden City.

90% of roofs in the Forbidden City are painted yellow.
Yellow was a holy and official color in Chinese architectural history..
About 100,000 artisans and craftsmen worked on the palace.
The Forbidden City has over 8 million visitors annually.
The movie The Last Emperor was filmed inside the Forbidden City.
In order to ensure that the emperor’s concubines met their master in tiptop condition, it was one hapless eunuch’s job to check the hygiene of his consorts beforehand.

China Top Things to See and Do- The Yellow River 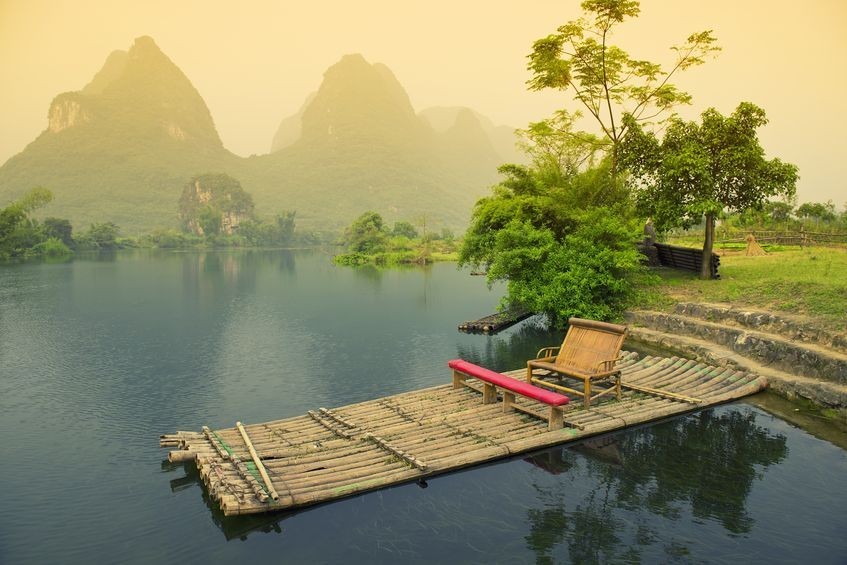 Interesting Facts and Information About The Yellow River

The Yellow River or Huang He is the second-longest river in China, after the Yangtze River, and the sixth-longest river system in the world.( at the estimated length of 5,464 km (3395mi) and flows through 9 provinces of China and empties into the Bohai Sea.
Its basin was the center of Chinese politics, economy and culture for over 2,000 years,and it was the most.

The name "Yellow River" comes from the huge amounts of "yellow" loess sediment it carries when flowing through the Loess Plateau prosperous region in early Chinese history.

Along the Yellow River,  forest parks, deserts, grasslands, the Loess Plateau, ancient capitals, and a "chocolate" waterfall.
Hukou Waterfall is the classic Yellow River attraction,but The Yellow River travels through major industrial areas, China's major coal producing region and huge population centers.
The mighty Yellow River has earned the name “China’s sorrow” for its tendency to flood, with devastating consequences, over the centuries. The Chinese government has built numerous dams on the river over the years to try and mitigate the flooding.
The  major tourist cities on the Yellow River from source to sea: Lanzhou, Zhongwei, Yinchuan, Baotou, Yan’an, Luoyang, Zhengzhou, and Kaifeng.

Victoria Peak is a hill on the western half of Hong Kong Island. it is the highest hill on Hong Kong island.

It is a major tourist attraction that offers views of Central, Victoria Harbour, Lamma Island, and the surrounding islands.

Peak Tower, a wok-shaped structure, is famous for its viewing platform, which stands 428m above one of the world’s most stunning cityscapes.

If a single image could encapsulate Hong Kong, it would be the panorama from Victoria Peak. The views up there are indeed magnificent, the city boasts one of the best skylines in the world. Since there are 1,500 skyscrapers taller than 100 meters.

(Hong Kong has been titled: the "World's Most Vertical City).
You can reach the peak via the Peak Tram, the 120-year-old funicular railway.

The Peak Tram
ThePeak Tram commenced operation in 1888 to serve the British governor and The Peak’s residents, is an old-fashioned tram that still operates to carry 4 million riders a year to the top.

The journey takes approximately 8–10 minutes, rises from 28m to 396m above sea level along a 1,365m-long track and is a visual experience to remember, as skyscrapers glide past at what appear to be impossible angles while the tram makes its ascent. It’s an exceptionally steep ride, and the ride down is a bit creepy since you ride sitting backwards.
Official site

China Top Things to See and Do- Chaina Zhangiiajie

The Road Tianmen mountain which in Chinese means Winding Mountain Road is also called Heaven’s Gate or the Dragon road by locals, ocated within the Tianmen Mountain National Park.

The Tianmen Shan Big Gate Road (also called the Tianmen Winding Mountain Road) is 11 kilometres (6.8 mi) long from the bottom to the top.
The highest point of the road is at 1.300m above sea level, and the lowest point is 200m.

The construction of the road took eight years, finishing in 2006.
A large temple is also located on the summit with chairlift or footpath access. The original temple here was built in the Tang Dynasty.

A 7.2-km long cable car was constructed in the park,  the longest of the same type in the world. 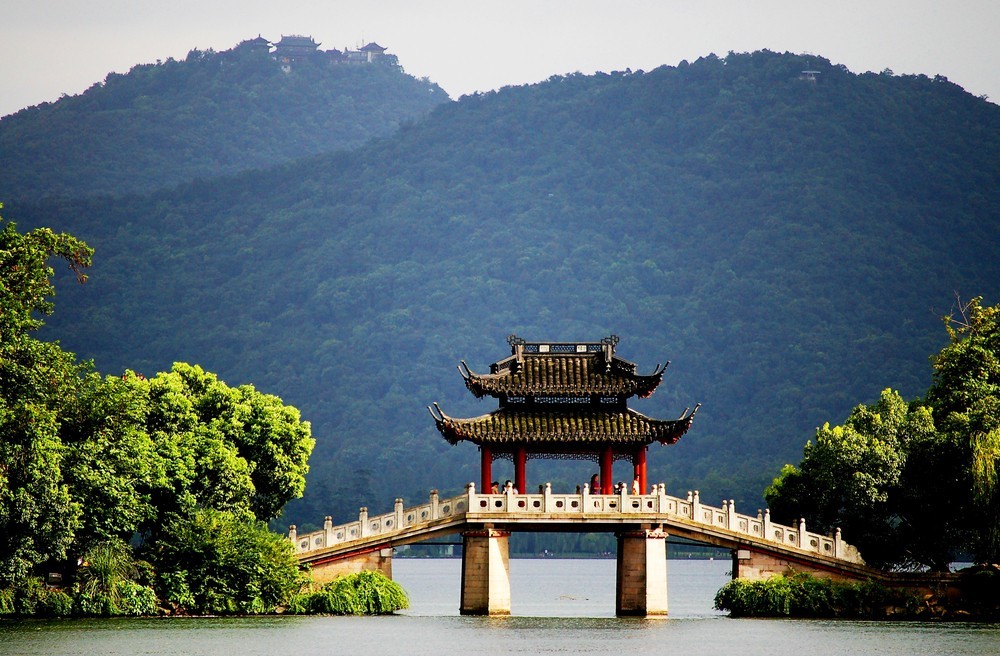 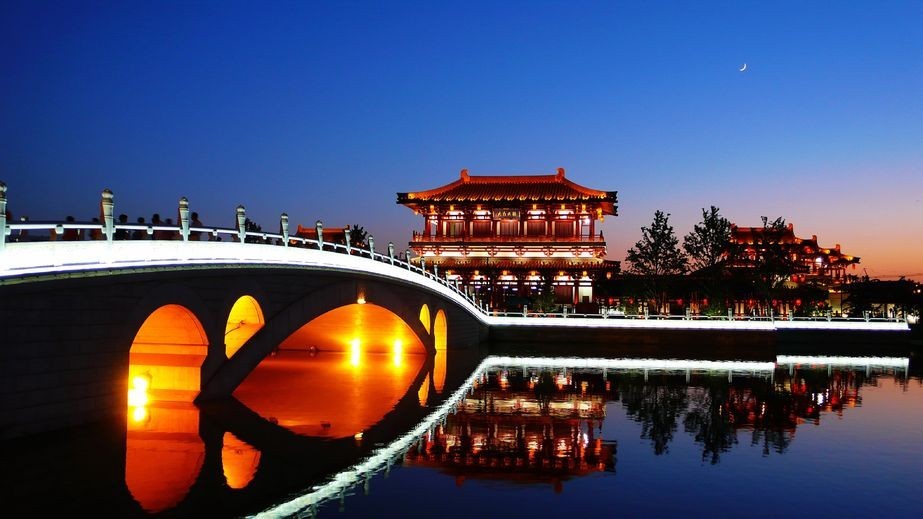 Pictures of China That Will Inspire You 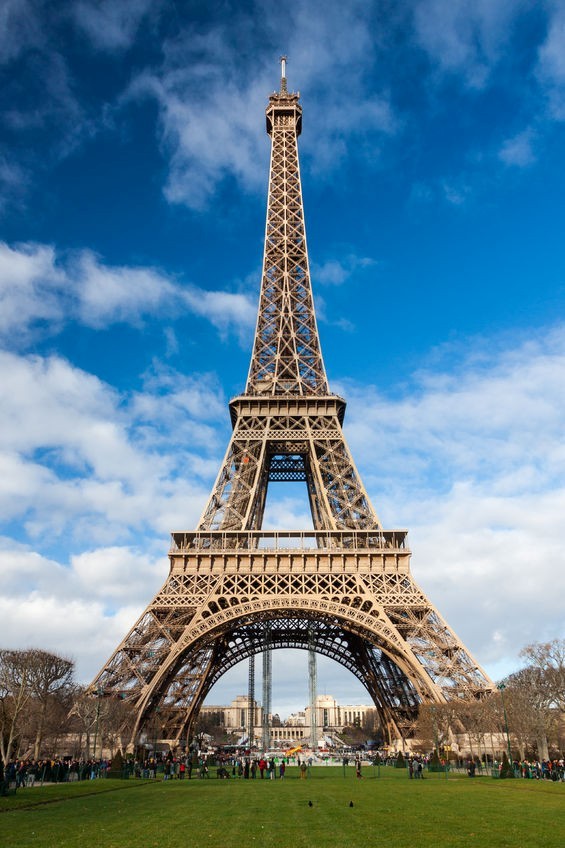 Interesting and fun facts about the Eiffel Tower 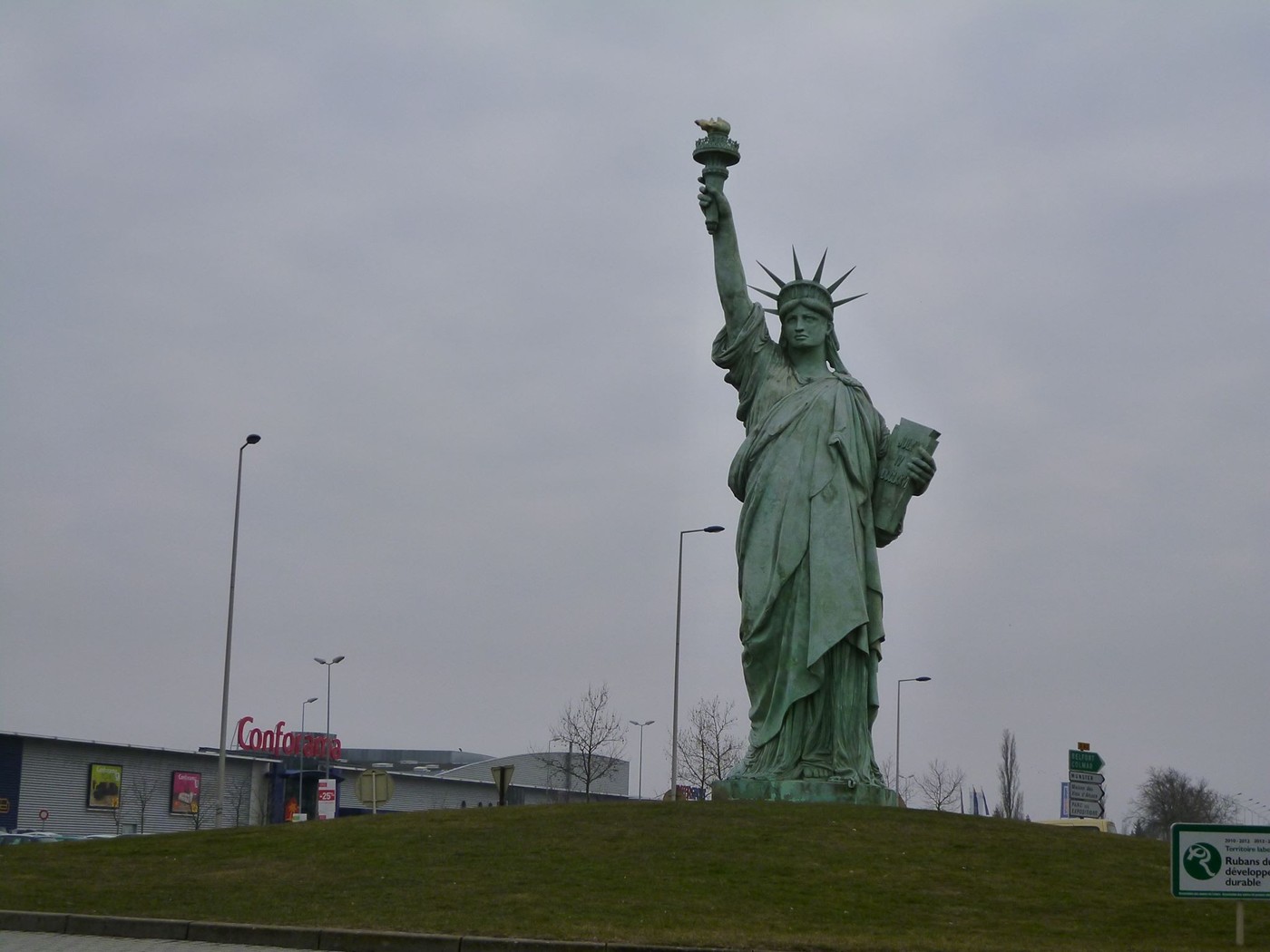