Turkey Top Things to See & Do 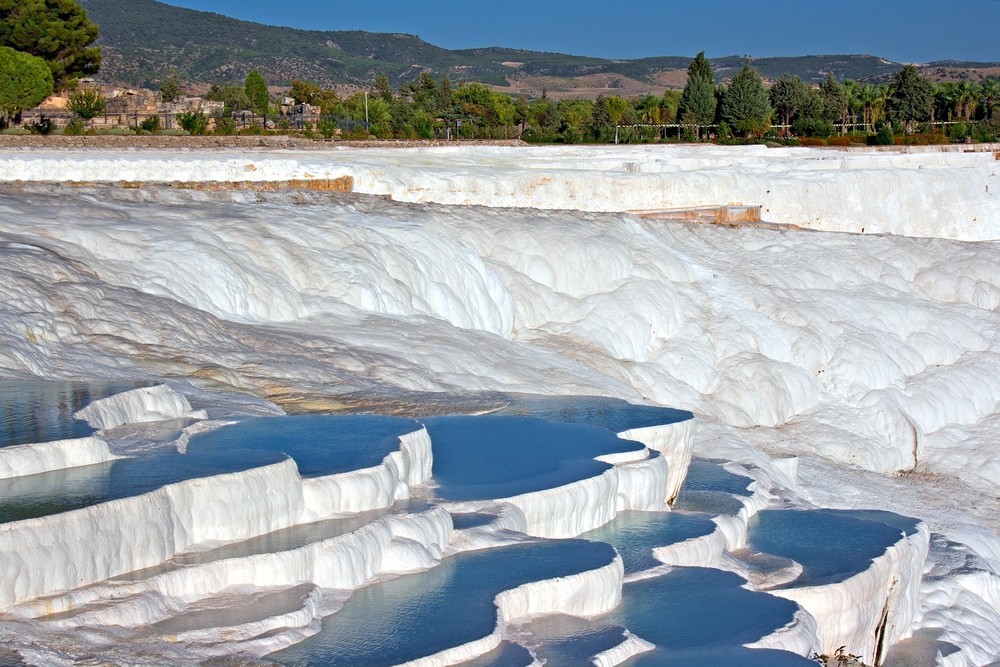 Pamukkale A geological phenomenon. in southwestern Turkey (around 20 km east of  Kusadasi), is famous for a carbonate mineral left by the flowing of thermal spring water.used as a spa since the second century BC, one of the country’s top tourist attractions.

In fact, the origin of these pools is the thermal waters which have their source just a little higher up. It is the flow of this highly caclite-laden water that evaporates on the cliffs that has led to the formation of these travertines, which look a little like a succession of small cotton clouds.
Pamukkale, is also the site of the remarkably well-preserved ruins of the Greek-Roman city of Hierapolis.

The travertine terraces above Pamukkale and below the ancient city of Hierapolis are a UNESCO World Heritage site.

A trip to Pamukkale will leave a lasting impression on you,every part of the place is instagram worthy with over two million visitors annually. Amazing place. 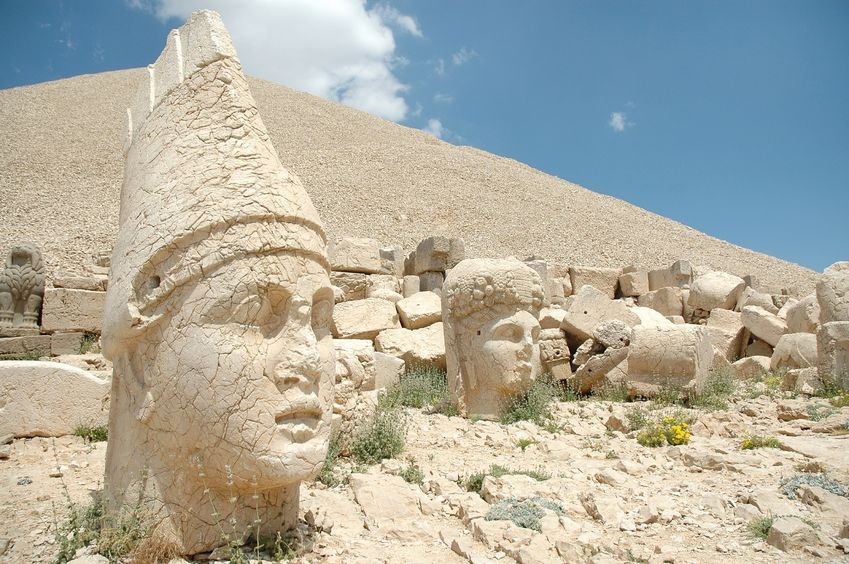 The colossal stone heads at the top of Mount Nemrut National Park are one of the best-known images of Turkey which was accepted as the 8th wonder of the world.

The Mountain in southeastern Turkey,  from a height of 2150 m' dominates on landscape. notable for the summit where a number of large statues  of Apollo, Zeus, Hercules, Tyche and Antiochus rest on terraces.

The stone heads are erected around what is assumed to be a royal tomb formed part of the tomb and temple complex built by Antiochus I ( 69–34 B.C BC), who reigned over the Commagene kingdom from the 1st century BC.
The huge sculptures up to 10m high amaze visitors when seen for the first time.

Sunrise and sunset  makes a deep impression with visitors, with its magnificent scenery set against the background of the landscape of nearby hills and mountains.

Nemrut Dagi National Park lies between Kahta (9km) and Adiyaman (43km).The mountain is only accessible during the summer months.
The rest of the year it is covered by snow and ice. 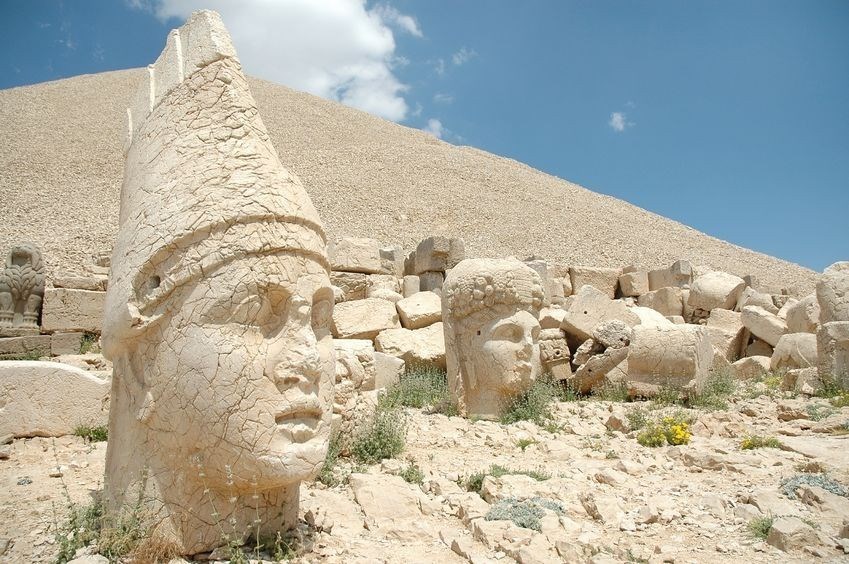 Interesting and fun facts about Turkeys