The best places to visit in Switzerland

the Swiss Alps picturesque views truly breath-taking, amazing hamlets nestled in stunning territories, as well as vibrant city life.Chocolates, flashy watches.
There are so many beautiful places in Switzerland,Switzerland is one of the most beautiful countries in Europe.

Switzerland Top Things to See & Do

The Matterhorn Mountain in Switzerland 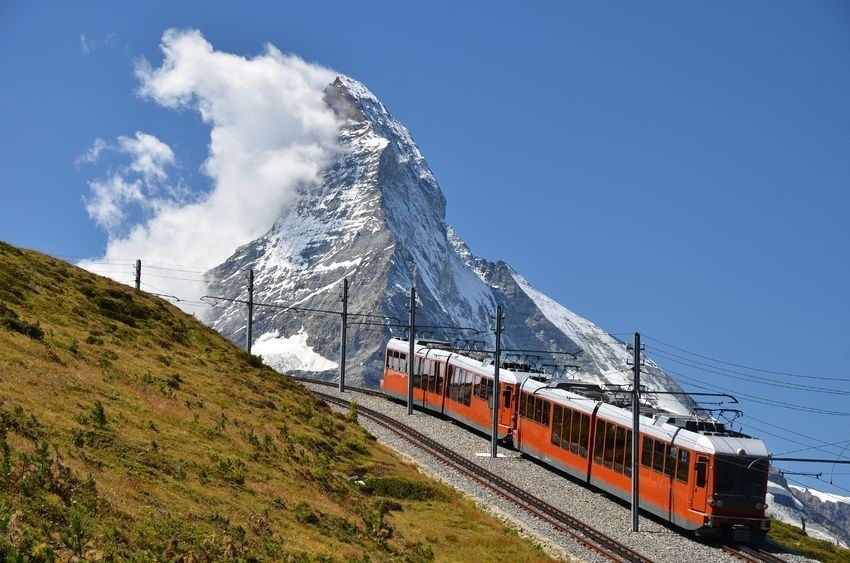 Matterhorn mountain Out of all of the mountains that make up the Alps, the Matterhorn is probably the best known.this wonder attracts hordes of visitors, eager to see the morning sunlight beam off its four faces, ski its neighboring mountains.

It is a large, near-symmetric pyramidal peak, straddling the frontier between Switzerland and Italy, 6 miles (10 km) southwest of the village of Zermatt, Switzerland.

The pyramid mountain, which is very difficult to climb, (The first ascent of the Matterhorn took place by a group of seven people in July 1865. Four of the seven climbers died on the descent). and is the most-photographed mountain in the world. (from the Klein-Matterhorn).

The four sides of the Matterhorn's pyramid-like peak face the four cardinal directions.

The name Matterhorn means roughly “the peak in the meadows,” from the German words Matte (“meadow”) and Horn (“peak”).

The Matterhorn first appeared on the famous Toblerone packaging in 1960.