Norway Top Things to See & Do 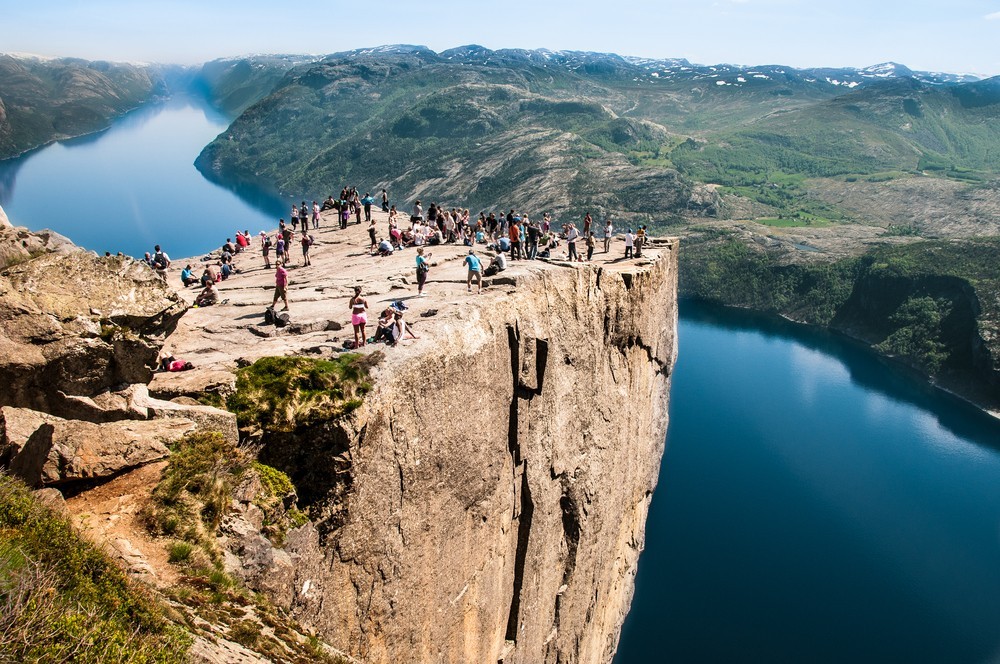 Atop the cliff, there is an almost flat top of approximately 25 by 25 m was most probably shaped by the expansion of ice some 10,000 years ago.
The hike to Preikestolen is of moderate difficulty. In total, the 8-kilometer hike takes about 4-5 hours (round trip). The trail to Preikestolen is well facilitated and marked and should be easy to find and follow.
Official site

Frogner Park is a public park located in Oslo and covers 45 hectares with more than 200 sculptures by Gustav Vigeland (1869–1943) in bronze, granite and cast iron. 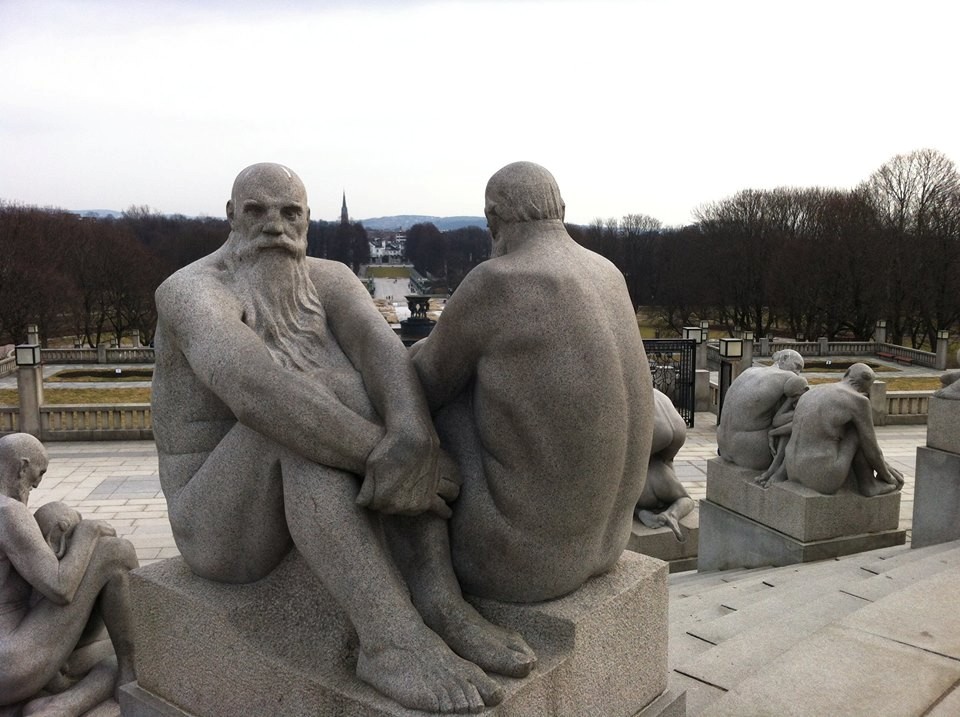 Park Vigeland is the life work of Gustav Vigeland and the sculptures represent the Human Condition illustrating the complexities of relationships and the journey from the cradle to the grave, fascinating collection of sculptures set among acres and acres of green grass.
It was installed mainly in the period 1940-1949, but is nevertheless a result of over 40 years of work.
The park, which is one of Norway's top tourist attractions, with more than one million annual visitors.
The park is free to enter and open all year round, 24 hours a day.

The Geiranger Fjord is a fjord in Norway in the Stranda Municipality. Geirangerfjord often appears on lists of the most spectacular places in the world and included on the UNESCO World Heritage List, along with the Nærøyfjord, since 2005). 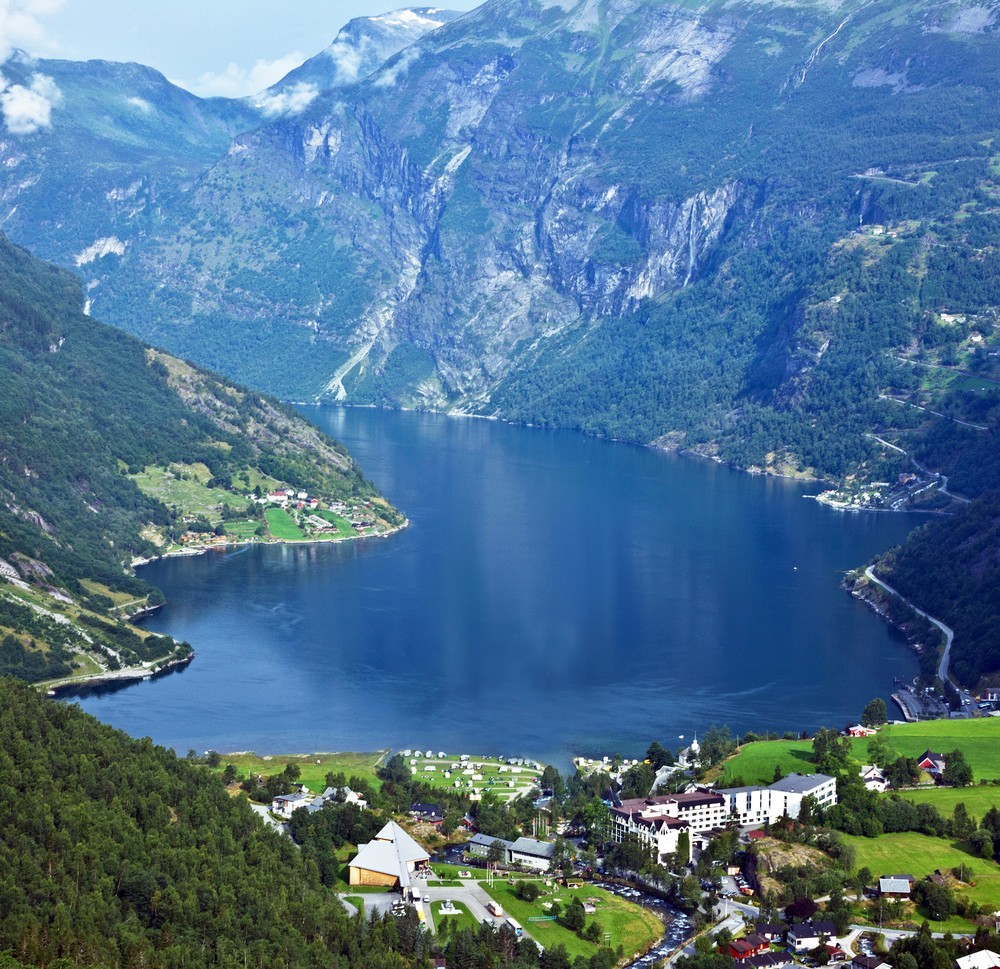 There are a total of 1200 fjords in Norway. Of these, Geirangerfjord and Nærøyfjord have been designated UNESCO World Heritage areas due to their outstanding natural beauty, One of the main reasons for the area’s UNESCO Heritage listing are the small (now abandoned) farms clinging to the narrow green mountain shelves above the Fjord.

Geirangerfjord is surrounded by majestic, snow-covered mountain peaks, wild waterfalls (The two most notable waterfalls in the Geirangerfjord are ‘de Syv Søstre’ (the seven sisters) and ‘Friaren’ (the suitor, also called the wooer). and lush, green vegetation Impressive waterfalls.

Take  the roads that twist and turn through one hairpin bend after another to Geiranger Skywalk- Mt. Dalsnibba, Flydalsjuvet and Ørnesvingen, to experience a fantastic panoramic view. At the end of the narrow Geiranger Fjord, the little village of Geiranger is situated between rising mountains.

Norway Top Things to See & Do-Trolltunga the most spectacular rock formation in Norway. 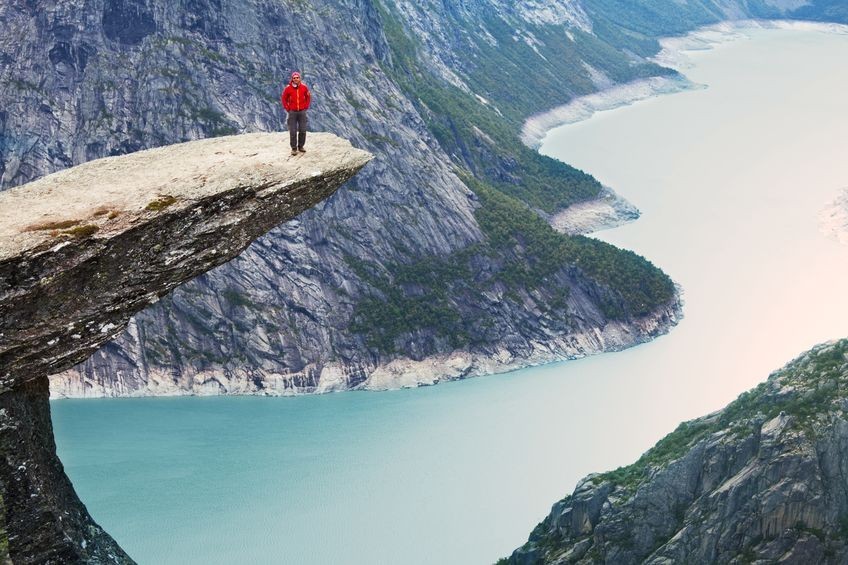 Trolltunga is a rock formation situated about 1,100 metres (3,600 ft) above sea level near the town of Odda Norway. The cliff juts horizontally out from the mountain, about 700 metres (2,300 ft) above the north side of the lake Ringedalsvatnet.

The hike through high-mountain  is long and demanding, but you are rewarded with magnificent views, the round-trip hike is 28 km with an ascent of almost 800 metres. Estimated hiking time is 7–10 hours. Signs along the trail show the remaining distance to both Trolltunga and back to the trailhead.  (you need to be properly equipped and in good shape-Bring of food and drink.and extra warm, windproof and waterproof clothing).People come here from all over the world to go on the impressive walk, Roughly 90,000 people a year choose to do this hike during the short summer season.