Netherlands Top Things to See & Do 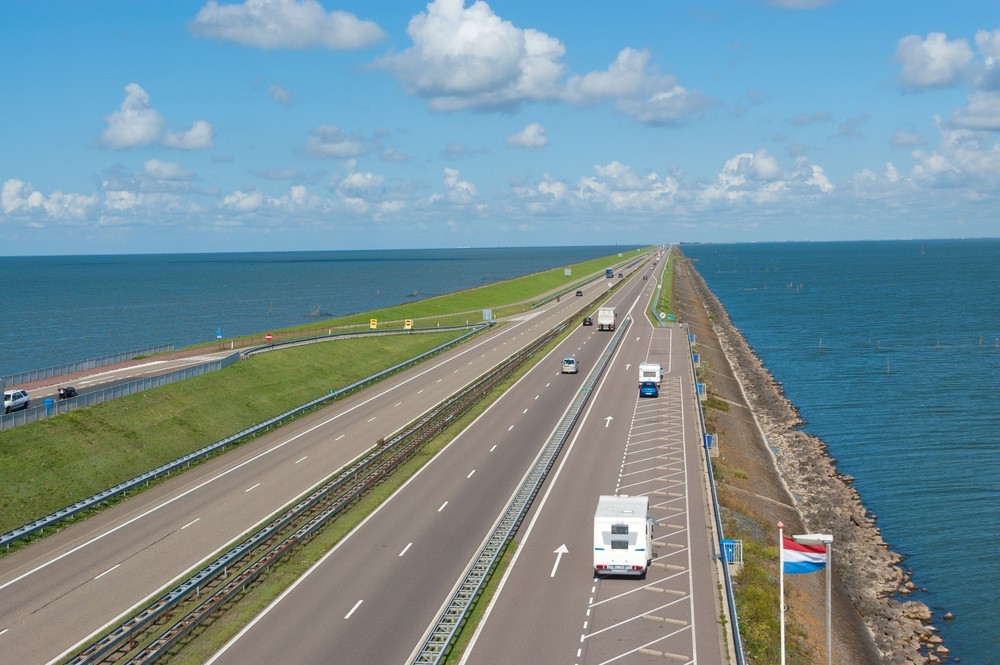 The Afsluitdijk Is a major dam and causeway in the Netherlands.Built to protect the flat, coastal country from flooding, the Afsluitdijk dammed the Zuiderzee, an inlet of the North Sea, and created a freshwater lake called the Ijsselmeer.

The Afsluitdijk is one of Holland’s most popular water engineering constructions It was constructed between 1927 and 1932 The dike is 32 km long and offers numerous interesting sights and beautiful viewpoints With 300,000 visitors per year.
Afsluitdijk linking together the provinces of Friesland and North Holland in the Netherlands.
Official site

Netherlands Top Things to See & Do -Tulip in Holland 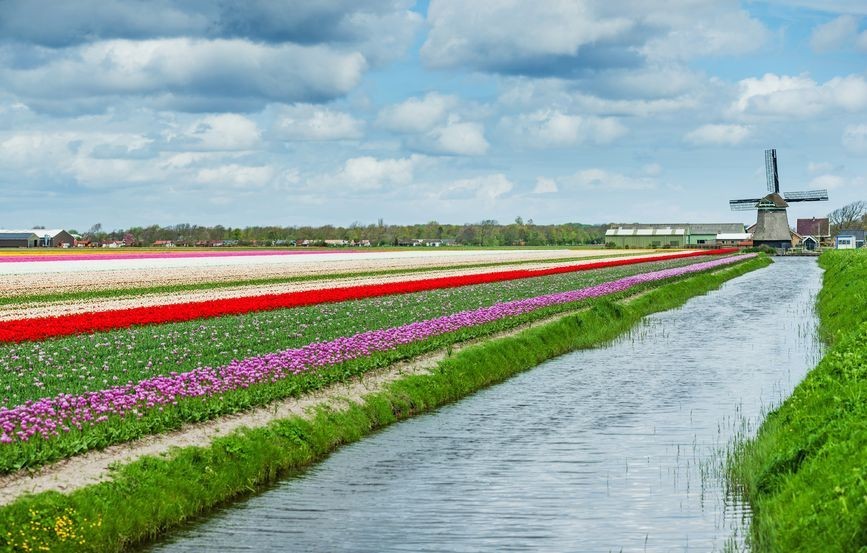 Interesting Facts and Information  Tulip in Holland.
The striking colors of the flowering tulip bulbs are a typical sight in Holland during the spring, from mid March to the end of May, the tulips transform big parts of Holland into a colorful patchwork quilt.

The best place to see tulips in Holland is park Keukenhof with  tulip fields.park Keukenhof is the most famous and largest flower park in the world with more than 7 million flowers, The colors are overwhelmingly beautiful and are a must see. Keukenhof can be reached within 30-45 min from The Hague, Haarlem, Leiden and Amsterdam.
Fortunately, there are hundreds of flower fields dotted throughout the Dutch countryside, which means that tulips are never very far away.(The area between Haarlem and Leiden, known as the Flower Strip).


Tulip mania
Tulip mania  was a period in the Dutch Golden Age during which contract prices for some bulbs of the recently introduced and fashionable tulip reached extraordinarily high levels The Dutch tulip bulb market bubble, also known as 'tulipmania' was one of the most famous market bubbles and crashes of all time. In fact, in the 1600s the flowers were more valuable than most people's homes, and cost almost 10 times what an average working-class man earned in a year.

Each year on the third Saturday of January you can pick a beautiful bouquet of tulips for free at Amsterdam‘s Dam Square.

Tulips didn’t originate in Holland. They were imported from the Ottoman Empire (present day Turkey) starting in the 16th century.
The Netherlands export over 2.5 billion (!) tulips and tulip bulbs every year.(The country accounts for nearly 90% of the world’s total area of tulip farms (around 11,000 hectares).
There is a tulip named after the famous painter. The ‘Vincent van Gogh tulip’ is reddish-brown and grows to a height of about 50-60cm. 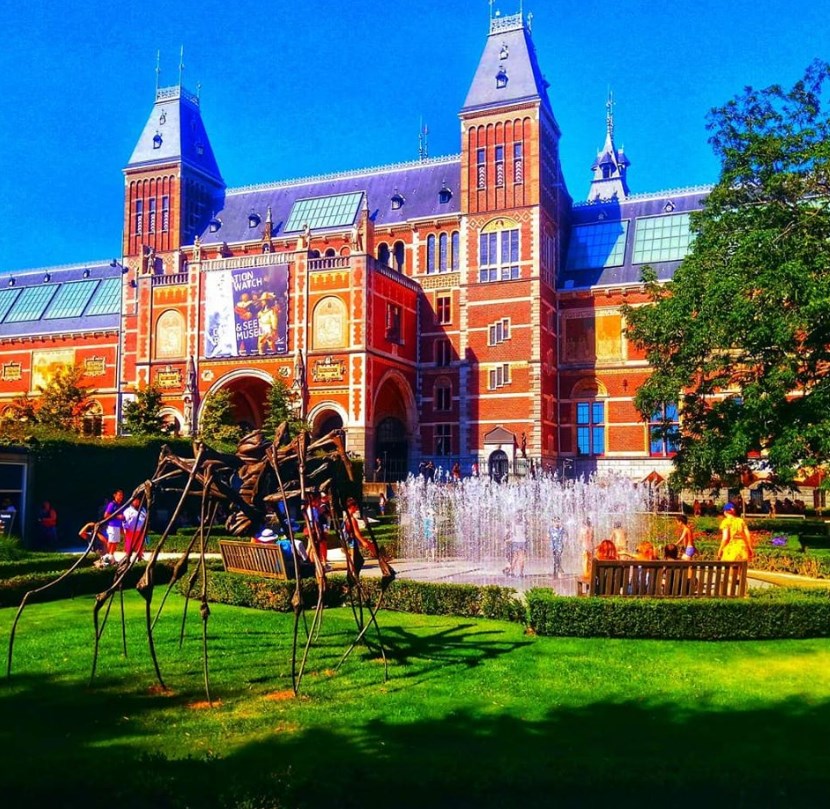 The Rijksmuseum Is a Dutch national museum dedicated to arts and history.
The Rijksmuseum's internationally  collection features some of the most famous national treasures in Amsterdam and the Netherlands, including historic art by Vermeer, Frans Hals, and perhaps most notably Rembrandt’s ‘The Night Watch’.

The stunning neo-Gothic building located on Museumplein was built in 1885 by Dutch architect Pierre Cuypers.
Before you’re even inside the museum, you can enjoy the artistic whimsy of the sculpture-filled garden designed by Pierre Cuypers in 1901.

The Rijksmuseum was founded in The Hague in 1800 and moved to Amsterdam in 1808, where it was first located in the Royal Palace and later in the Trippenhuis.
In the Rijksmuseum has 80 rooms displaying no less than 8,000 works of art and historical objects and is split over 4 levels level 0 (ground floor) houses special collections and period 1100-1600.
Level 1 features the 18th and 19th century. on level 2 you will find the important 17th century works and the largest library in the Netherlands. level 3 has objects from the 20th century (they have around 1 million objects in their collection today. However, they only exhibit 8000 of them at a time).
Address: Museumstraat 1, 1071 XX Amsterdam.
Official homepage 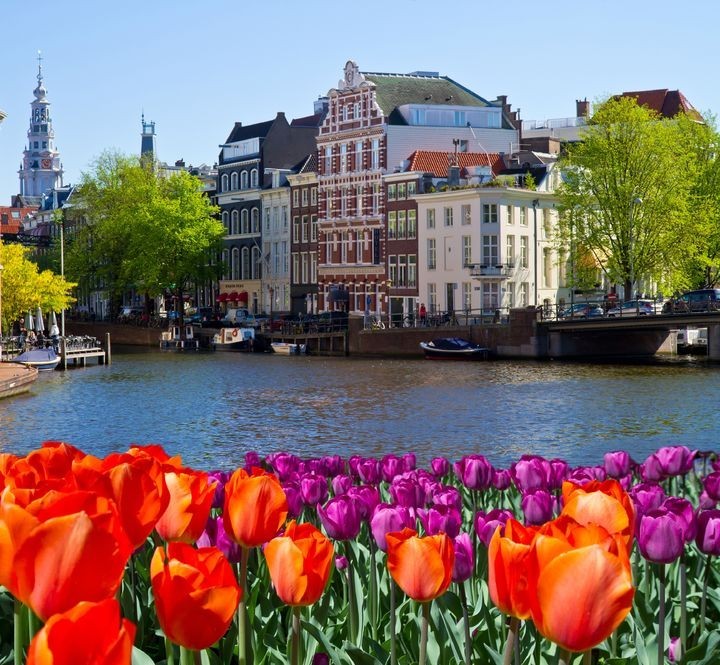 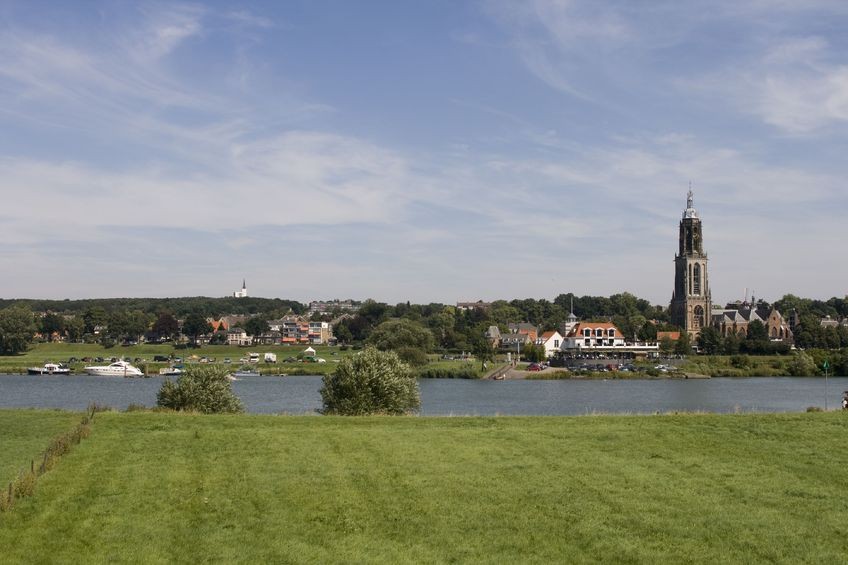 Interesting and fun facts about Netherlands 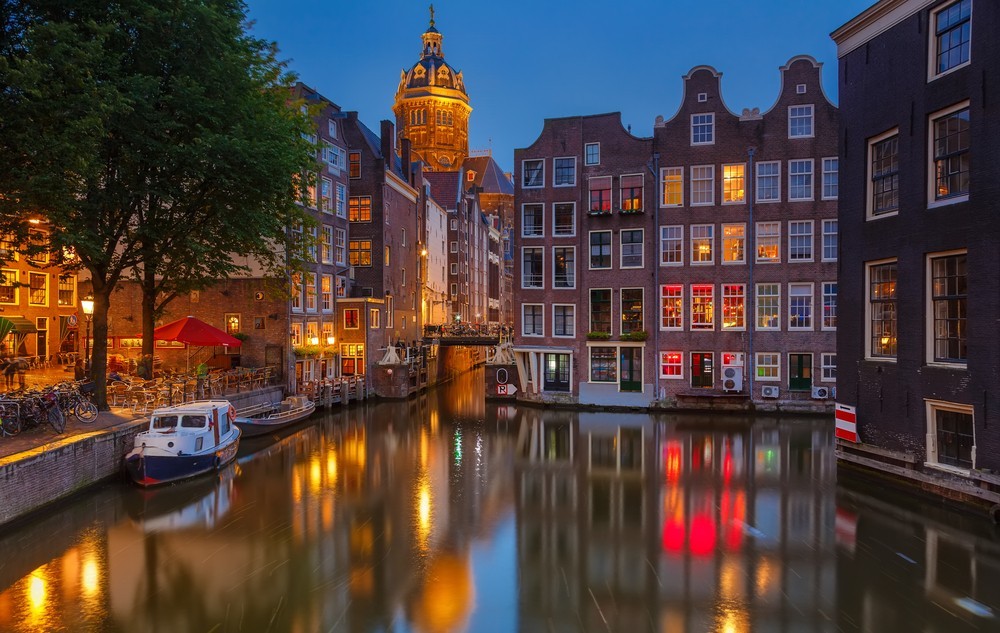