Látrabjarg is a promontory and the westernmost point in Iceland Towering up to 440 meters high and extending for 14 kilometers The cliffs are home to millions of birds.
A staggering number of seabirds nest there every year with 161,000 nesting pairs. Guillemots (226,000 pairs), thick-billed murres (118,034), fulmars (99,894 pairs), puffins (50,00 pairs), kittiwakes (32,028 pairs) also nest along Látrabjarg.
With such a large variety of birds, in such massive quantities, the opportunities for great bird photography along the Látrabjarg Cliffs during the long summer days is incredible.
On calm days, seals are often seen basking on the skerries around the lighthouse.

Landmannalaugar Landmannalaugar, or the 'People's Pools', is a vast area of stunning and unique beauty, Remarkably colorful mountains encircle the valley of Landmannalaugar.
The rich colors of the slopes strike an outstanding contrast with the glittering obsidian lava fields, in the heart of Iceland's southern Highlands.

Throughout the summer, it is one of the most popular places for hiking -- either over one day or several -- and for natural hot spring bathing. 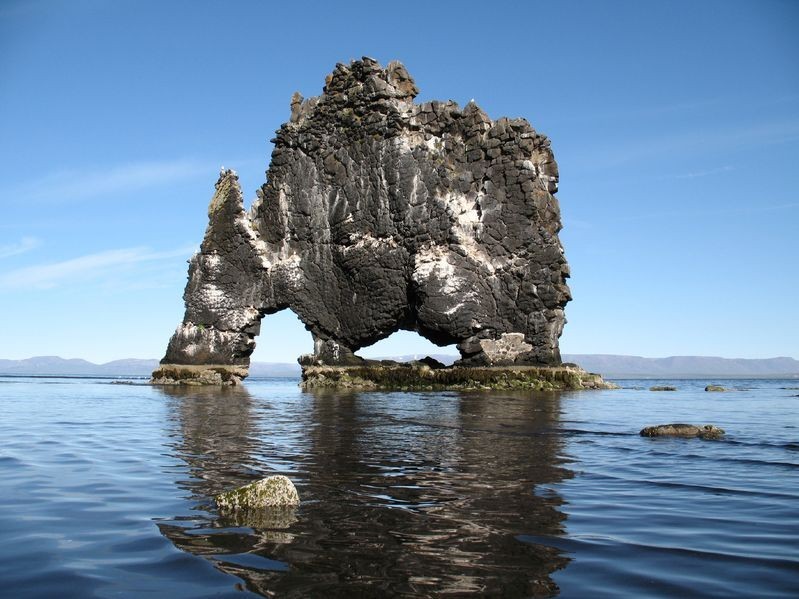 The legend goes that Hvítserkur is a petrified troll, known as the Troll of Northwest Iceland and also known as the Rhino Rock.
In Icelandic, the name translates to “white shirt”.
Hvítserkur is a 15 m (49 ft) and only 1-2 metres thick, which makes it unstable.

Tall basalt rock stack protruding from Húnaflói Bay,  along the eastern shore of the Vatnsnes peninsula, in northwest Iceland.
Erosion from the cascading sea water has carved three large holes through the basalt rock, sculpting and shaping it into what appears as some petrified, mythological animal. (Some say Hvítserkur looks like a rhino or dinosaur drinking).

In 1955 it was so unstable that the locals started a collection to save this Hvítserkur, so it was filled up with concrete.
After 8 years an earthquake of  in North-Iceland.It is very likely that Hvítserkur would have collapsed were it not for the reinforcement with the concrete.
The wildlife surrounding Hvítserkur is phenomenal. You can find the classic Icelandic seabirds Seagulls, Shag and Fulmar and good seal spotting place.
On the beach, you will often find colorful jellyfish. Hvítserkur is best viewed along the eastern shore of Vatnsnes Peninsula There is a trail leading from the parking lot from which you can see the sea stack from above.
It is a spectacular setting. 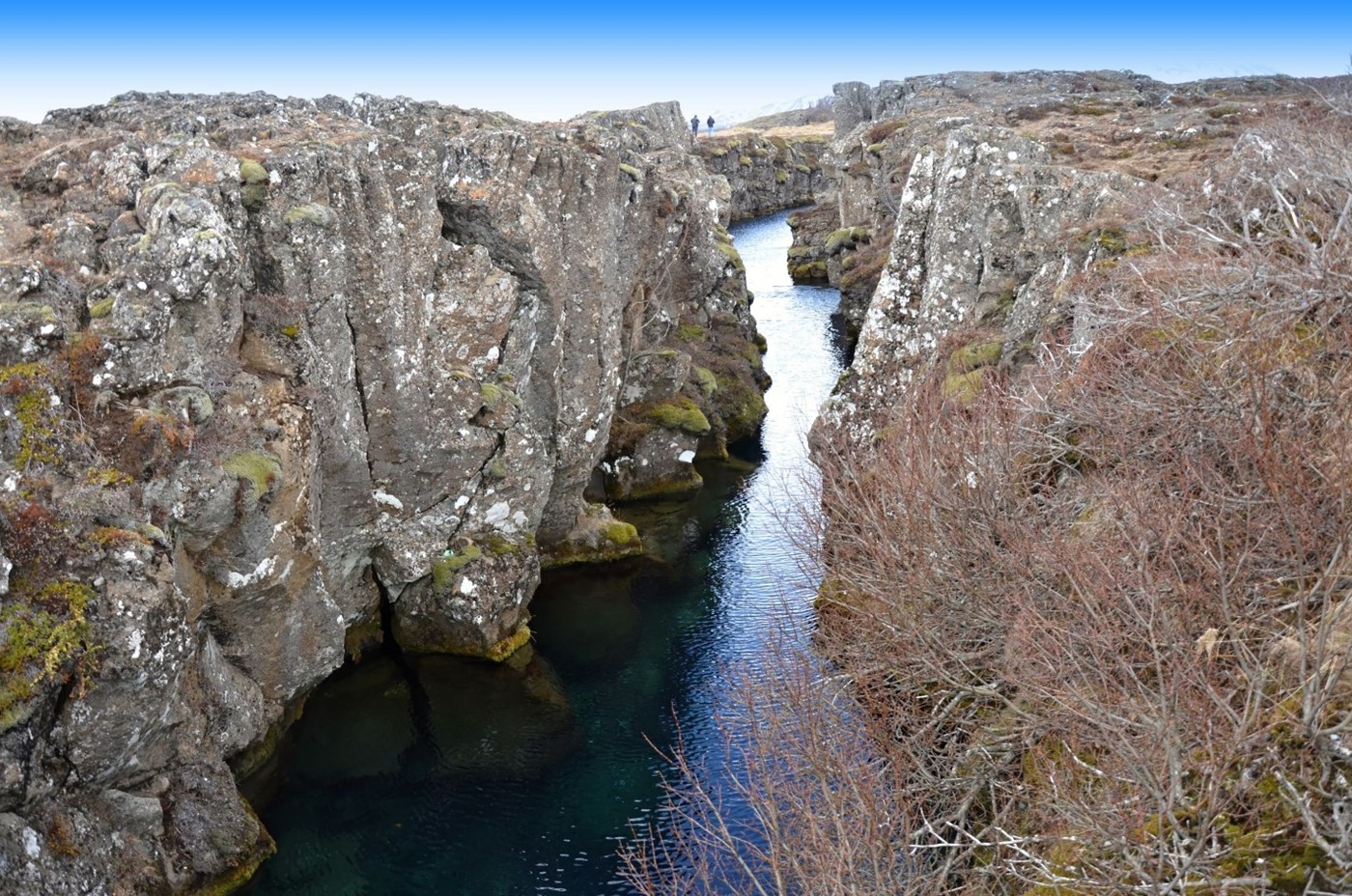 Interesting Facts and Information About  Thingvellir np iceland
Thingvellir (Þingvellir) National Park is enclosed by a varied belt of mountains on three sides, featuring grass-covered lava fields, and Lake Þingvallavatn lies at its southern end,Thingvellir (Þingvellir) National Park is one of the most frequently visited attractions in Iceland.
Thingvellir one of the most unique geological sites in the world.
Its best-defined feature is a major rift, which has produced dramatic fissures and cliffs demonstrating inter-continental drifting in a spectacular and understandable way.
A significant portion of the park is situated between the Eurasian and North-American plates(Iceland is the only place in the world where you can see these tectonic plates above ground), technically, the park is neither in Europe nor North America.
Thingvellir is the only place in the world where you can stand between two continental plates, in a distinctive geological landscape that changes every year.
Official site 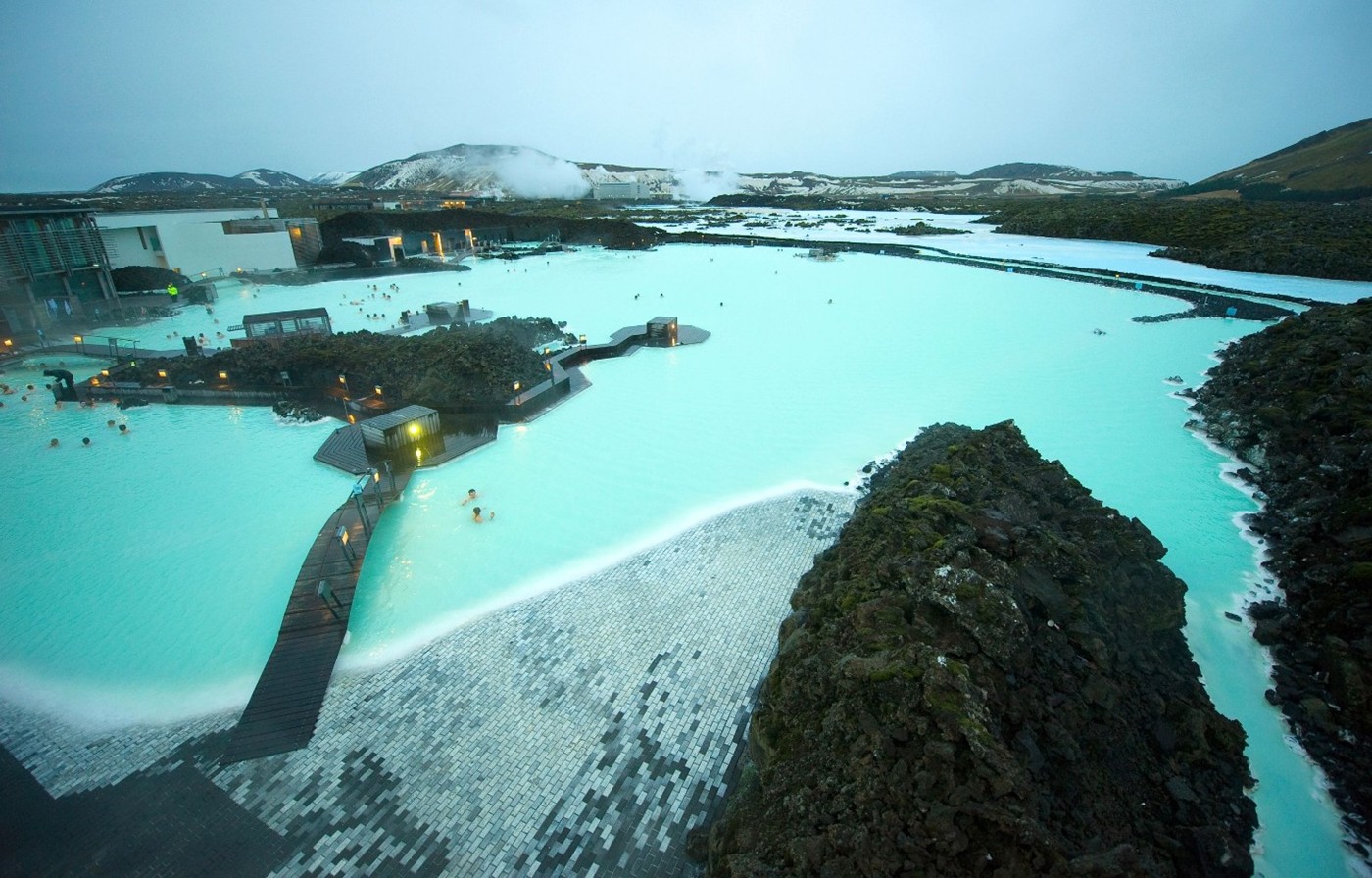 The Blue Lagoon Surreal,blue hues and a hot, relaxing swim in geothermal waters are the biggest draws to Iceland’s famous Blue Lagoon.Is one of the most visited attractions in Iceland. Going to the Blue Lagoon is a must for anyone traveling to Iceland.
The Blue Lagoon Easily the most photographed site in all of  Iceland, Of 1.8 million annual tourists, the Blue Lagoon sees about 700,000, making it Iceland's top attraction.
The Blue Lagoon is a geothermal spa in southwestern Iceland approximately 20 km  from Keflavík International Airport.
The beautiful milky-blue water is unlike anything else,The water of the spring naturally maintains a temperature of about 39C/102F all year round.
The Blue Lagoon is actually a result of features—the volcanic formation and the use of geothermal power—coming together. The Lagoon is actually man-made.
Once the water has gone through the turbines, it can’t be reused in energy production, so it’s released into the pond.
Typically, the Lagoon is open from 8:00 to 21:00, and in the summer from June 5 to August 23 to 23:00.
Official site