Finland Top Things to See & Do 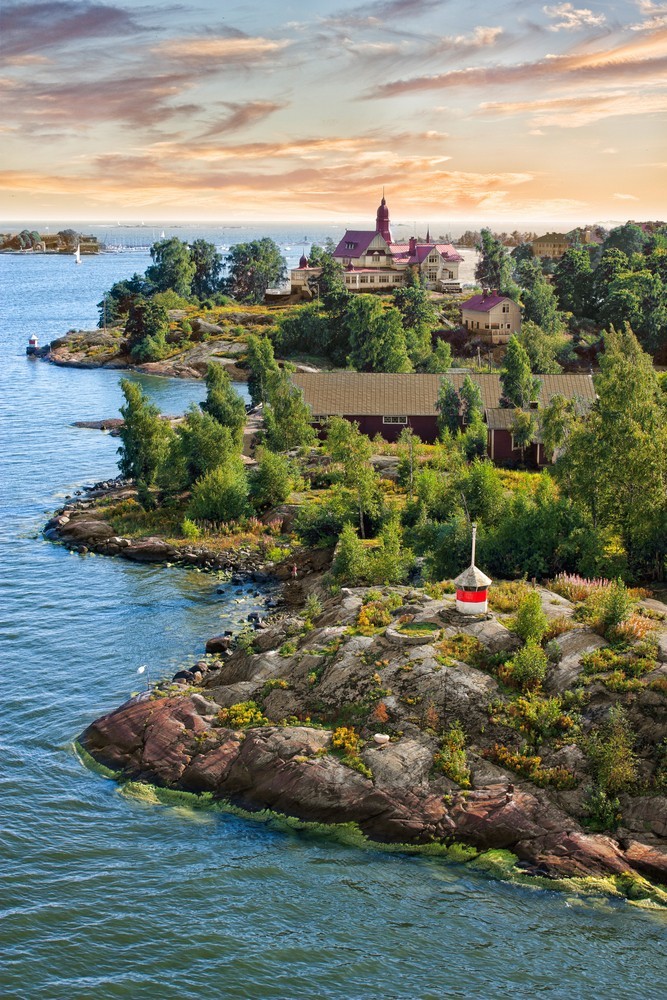 The beautiful woodlands, rolling hills and endless waters that comprise its Lakelands have led to the region’s reputation as the heart of Finnish identity.

This  extensive area represents the most beautiful area in Finland to many people. For anglers, it offers an endless choice of fishing grounds.

Finland has over 187,800 lakes and around 180,000 islands, many located in the Lakeland district at least 55,000 lakes that are at least 200 metres wide. a labyrinth of islands stretching for hundreds of kilometres.
Finnish Lakeland  is the largest of the four landscape regions into which the geography of Finland is divided,Lakes occupy about 25% of the Lakeland, Much of the territory is forested and has a low population density perfect for hiking, cycling, horse riding, wildlife-watching and foraging.
Official site

Levi Finland is a resort town in the Lapland of Finland.Levi is the largest ski resort in Finland.
In Levi, being impressed by the natural surroundings is inescapable: from river valleys and frozen lakes up to the fells with spectacular views over the Lappish landscape.
During the winter months, from mid-November to mid-May, Levi is Finland’s most popular ski resort.
There are 48 ski slopes, mostly for beginners and intermediates, but  including four very difficult black slopes.
Levi is one of two locations of gondola lifts in Finland, and has been chosen the best domestic skiing resort in Finland four times.
Levi located in Western Lapland, 180 kilometres north of the Arctic Circle.(Distance from Helsinki 1000 km).

The largest inland city in Scandinavia, Tampere  is a city in the western part of Finland.
Tampere in Finland is wedged between two large bodies of water in a part of the country that is woven with rivers, ponds and lakes.
Tampere is wedged between two lakes, Näsijärvi and Pyhäjärvi. Since the two lakes differ in level by 18 metres (59 ft), the rapids linking them.Tammerkoski rapids flow through the city centre.
The fast-moving Tammerkoski rapids  here were harnessed as a power source and brought about an industrial boom in the late-1800s.
Tampere is dubbed the "Manchester of the North" for its industrial past as the former center.
Today is a city of historic warehouses, much of which has been turned into visitor attractions, restaurants and cultural centres.
Tampere has managed to keep the small town feel. The city centre is compact in size, and the atmosphere is friendly and casual.
It has a population of 240,000.
Helsinki is approximately 160 km (100 mi) south of Tampere.

Finland Top Things to See & Do -The Åland Islands

The Åland Islands are situated between Sweden and Finland, at the entrance to the Gulf of Bothnia in the Baltic Sea.
Åland has more sunshine hours than anywhere else in Northern Europe between May and August.
The Åland archipelago consists of around 6700 islands, 60 are inhabited.
It is the smallest region of Finland. Åland has about 29,000 inhabitants live in Åland’s only town, Mariehamn.
Visit the Maritime Museum, to find out more about the islands’ fascinating maritime history.

Fasta Åland is separated from the coast of Roslagen in Sweden by 38 kilometres (24 mi) of open water to the west.
Åland's only land border is located on the uninhabited skerry of Märket, which it shares with Sweden.

Turku  is a city at the mouth of the Aura River,the population of Turku was 190,000.
Turku lost its status as capital of the Grand Duchy in 1812, when Tsar Alexander I of Russia decided to move the capital to Helsinki.
The river is the heart of the city. During the summer, the riverbanks come to life when people gather here to eat, drink and listen to music.
Turku has been officially declared the "Food Capital of Finland" because it holds a number of Finland’s oldest and high-qualited restaurants.
Main attractions include the Turku Castle, Forum Marinum maritime centre and its museum ship fleet (including the full-rigger Suomen Joutsen), as well as the Pharmacy Museum and Qwensel House.

Porvoo considered to be one of the most beautiful towns in Finland.
Porvoo situated on the southern coast of Finland about 35 kilometres (22 mi) east of of Helsinki and approximately.
It is a perfect Helsinki day trip as it is located about an hour away and is a town that is easy to explore on foot.
It is also a popular destination for shopping, dining, river cruises, cycling, and pleasant scenic strolls along the river.
It is one of the six medieval towns in Finland.
The Porvoo Old Town is a popular tourist destination.Old Porvoo, with its red-ochre painted riverside warehouses, is one of the most photographed national landscapes in Finland and a steady favorite among travelers.
Old Porvoo numerous award-winning restaurants, romantic hotels and B&B's, cute cafes, quirky shops, chocolateries and boutiques.
Old Porvoo is also surrounded by a beautiful National Urban Park.

Savonlinna is a  a stunning old city of 34,000 inhabitants in the southeast of Finland, in the heart of the Saimaa lake region.
Savonlinna itself is built on islands, so you will find freshwater lake wherever you turn.

There are a surprising number of things to do in Savonlinna.
From exploring the stunning Olavinlinna Castle,the Orthodox Museum, the Savonlinna Provincial Museum and nearby Kerimäki, where the world’s biggest wooden church is located.
In Savonlinna’s market square, try a local herring dish.
Savonlinna offers many forms of live music, art  and theatre.
Savonlinna Opera Festival held annually in Olavinlinna is a cultural event known across the world.

It is the  capital and commercial centre of Finland's northernmost province, Lapland.
Most of the city was destroyed during WWII. Few of the buildings date back before 1944
Rovaniemi has an approximate population of 63,000.
Downtown features shopping centers, a town square that hosts markets, multiple public parks, and cafes.
As the capital of Lapland, Rovaniemi is home to Lapland’s Provincial Museum Arktikum.
For animal lovers, the various reindeer and husky farms are a must.
Popular activities available near Rovaniemi include dog sledding, snowmobiling, skiing, snowshoeing, reindeer farm visits and ice fishing.

Helsinki delights travellers with its sea-facing landscape, diverse architecture, world-famous design, and Nordic cuisine.
Helsinki is the capital located on the shore of the Gulf of Finland, it is the seat of the region of Uusimaa in southern Finland, and has a population of 660,000.
Finland’s capital is compact enough to explore on foot.
Senate Square,  grand cathedrals and 19th-century ,and the upmarket Eira district.
Helsinki is a vibrant seaside city of beautiful islands and great green urban areas.
The Helsinki Archipelago consists of over 300 mesmerizing islands.
Helsinki’s nightlife scene attracts alternative music fans with numerous concert halls.
Each year, the city hosts one of Europe’s largest music festivals.