Top Things To See And Do In Cyprus

Top Things To See And Do In Cyprus- Ancient Kourion

Kourion was an important ancient city-state on the southwestern coast of Cyprus.
The archaeological remains of Kourion - which was one of the island’s most important city-kingdoms in antiquity - are of the most impressive on the island.
In the seventeenth century, Kourion suffered from five heavy earthquakes, but the city was partly rebuilt.
There are a lot of magnificent and prehistoric ruins to see. Among them are the well-preserved excavated stadium, the theatre, the Complex of Eustolios and the Achilles Mosaics.
The acropolis of Kourion, located 13 km west of Limassol, is located atop a limestone promontory nearly 100 metres high along the coast of Episkopi Bay and controlled the fertile valley of the river Kouris.
The magnificent Greco-Roman theatre - the site’s centrepiece - was built in the 2nd century BC and extended in the 2nd century AD.

Visit Cyprus Pictures of Cyprus That Will Inspire You

Top Things To See And Do In Cyprus- St. Hilarion Castle

This castle is amazing, the views are incredible and probably like nothing you have ever visited before. To reach the very top is quite a challenge, (Make sure to wear adequate footwear) but well worth it.
The Saint Hilarion Castle lies on the Kyrenia mountain range. This location provided the castle with command of the pass road from Kyrenia to Nicosia.
It is the best preserved ruin of the three former strongholds in the Kyrenia mountains.

The first references to the castle are found in 1191 records.
The castle is named after the Saint active  who fled from persecution in the Holy Land and lived and died in a cave in the mountains.

The castle has changed hands frequently. Built by the Byzantines, it was enlarged when the House of Lusignan ruled Cyprus(it became the summer resort of the Lusignan nobility) .
By the time the Venetians took control of what is now Kyrenia.

Top Things To See And Do In Cyprus- Larnaca

Larnaca located on the southern coast of Cyprus.
Modern Larnaca,is divided into an older city centre and a wide sprawl of hotels and restaurants along the beach.
Larnaca is the third-largest city in the  Cyprus.(after Nicosia and Limassol).
The city  is endowed with numerous attractions such as Larnaca Castle, the Church of Saint Lazarus, Hala Sultan Tekke and Larnaca Salt Lake. flocks of pink flamingos can be seen here.
Larnaca is known for its palm-tree seafront also called Foinikoudes
Larnaca's waterfronts, parks and beautiful beaches with leisure and sporting facilities enhance its beautiful coastline.

Larnaca has a reasonable claim to being the oldest city in Cyprus,
Artifacts from archaeological excavations in the area are displayed in the regional museum housed in an Ottoman fortress erected in 1625.

Top Things To See And Do In Cyprus- The Karpas Peninsula

The Karpas Peninsula is a long, finger-like peninsula that is one of the most prominent geographical features of the island of Cyprus and one of the most sparsely settled places on the island.
The Karpas Peninsula has been called the nature reserve of Cyprus, with abundant wildlife and flowers, as yet still relatively untouched by encroaching development,one of the most unspoiled places in the entire Mediterranean region.
The Karpaz Peninsula (Kirpaşa) stretches for 70km and up to 20 in width, a tapering finger of land pointing northeast towards Turkey and Syria, the villages of Bogaz and Kumyali are the main centres.
Road improvements have now made it more readily accessible and holiday villages are springing up along its otherwise pristine beaches.
However  In many of the small villages dotted around the region though, a tractor is still a novelty and many farmers still rely on traditional horse-drawn tools.
Greek Cypriots also make pilgrimages here to visit Apostolos Andreas Monastery, near the peninsula’s tip.

Top Things To See And Do In Cyprus- Ancient Salamis

Salamisis an ancient Greek city-state on the east coast of Cyprus, at the mouth of the river Pedieos.
Salamis was a large city in ancient times. Salamis is, essentially, the second of a series of three successive towns Enkomi, ancient Salamis, and medieval Famagusta.
It served many dominant groups over the course of its history, including Assyrians, Egyptians, Persians, and Romans.Salamis was believed to have been the capital of Cyprus as far back as 1100 B.C.
Cyprus was a hugely successful trading island during the ancient times. This brought a vast amount of wealth to cities like Salamis.
The  legend has it that the city was founded by Teucer, son of Telamon. Teucer was one of the best archers in the Greek army that besieged Troy in Homer’s Iliad, but after the death of his brother Ajax, his father banished him, never allowing him to return home. So he founded the city of Salamis.

Top Things To See And Do In Cyprus- Kolossi Castle

Kolossi Castle is a former Crusader stronghold on the south-west edge of Kolossi village 14 kilometres (9 mi) west of the city of Limassol.
The original castle was possibly built in 1210 by the Frankish military,not long after the island was conquered by the Crusaders.

The present castle was built in 1454 by the Hospitallers under the Commander of Kolossi,the castle served as a grand command centre for the Knights of the Order of St. John. In the fourteenth century,
The castle was a notable economic center, due to the fertile agricultural land around it.
The castle today consists of a single three-storey keep with an attached rectangular enclosure or bailey about 30 by 40 metres (98 by 131 ft).
Kolossi Castle is open all year round, but is closed on Christmas Day, New Year’s Day, and on Greek Orthodox Easter Sunday. The entrance fee is €2.50 per person.

Top Things To See And Do In Cyprus- Troodos Villages

The Troodos Mountains are very attractive, the largest mountain range in Cyprus stretching cross a third of the islandwith their scented forests, magnificent monasteries and picturesque villages.
The villages in Troodos are very charming, and contain folk architecture and cobbled streets,such as Anogyra a gorgeous village that's surrounded by carob trees, Kalopanagiotis, Pedoulas, Kyperounda, Potamitissa, Kato Platres, Askas, Palaichori, Polystipos, Galata, Tebria, Spilia, Lemithou, Tris Elies, Arsos, Omodos, Koilani, Lofou, Vasa, Vouni, and of course the Troodos Plateia.
Located on the slopes of the mountains they are mostly situated amid orchards, vineyards and pine trees complete with corresponding scents and aromas.
These rural villages are renowned for their warm welcoming hospitality and the traditional local cuisine.
Today, roads have been greatly improved, and many traditional homes have been adapted into small hotels, restaurants.

Top Things To See And Do In Cyprus- Kyrenia

Kyrenia located on the northern coast of Cyprus, noted for its historic harbour and castle.
Historically the town and surrounding area of Kyrenia are abundantly rich. The Castle that guards Kyrenia harbour is “The Jewel in the Crown” of the Antiquities Department.
Kyrenia is a cultural and economical centre, described as the tourism capital of Northern Cyprus.

Dont miss
On the mountain top above the town, stands the imposing sentinel that is the castle of St. Hilarion.
Kyrenia Castle
Shipwreck Museum.
Fresco Museum.
To the east and west of the town there are beaches for sand lovers. Some are well developed cosmopolitan venues with good restaurants and water sports. 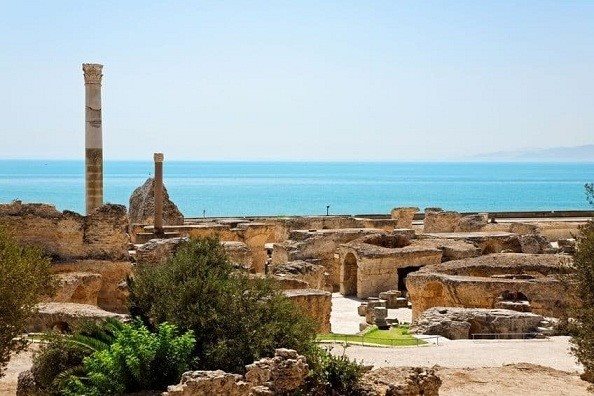 The House of Dionysos is the jewel in the crown of Paphos Archaeological Park - a fine collection of well-preserved mosaics, conveniently located under one roof.
It seems that the house was built at the end of the 2nd century AD.
The House of Dionysos  was destroyed and abandoned after the earthquakes of the 4th century AD.
The House of Dionysos is a rich Greco-Roman type building where the rooms were arranged around a central court, which functioned as the core of the house.
The house of Dionysus stands out from afar with huge marble columns that extend over the walls.
The house was built on top of older remains, and you can see some of them here.
The most famous part of the house is the super emblem in the center of the mosaic floor in the courtyard, which is one of the most exquisite creations of Hellenistic mosaic decoration.
The House of Dionysus occupies 2000 square metres of which 556 are covered with mosaic floors decorated with mythological, vintage and hunting scenes.
Systematic excavations carried out after 1962 led to the discovery of a group of large houses which testify to the wealth of the town when it was the residence of the Roman governor.

The Medieval Castle of Paphos

The Cyprus Archaeological museum located on Museum Street in central Nicosia.
The museum is home to the most extensive collection of Cypriot antiquities in the world.
As an institution, the Cyprus Museum was founded in 1882 during the British occupation
The museum’s collections are comprised of finds from extensive excavations from all over the island that have helped the development of Cyprus’ archaeology.
The museum takes you on a journey through the island’s complicated history as a colony of many empires from its Neolithic beginnings to its Byzantine heritage.
The museum has a fine collection of antiques going back close to 3000 years ago, include a large bronze statue, beautifully decorated vases and jugs and many marble statues of different sizes.

The museum building itself is also historic, and work on it commenced in 1908 and was completed in 1924.
Soon after its inception, the museum started receiving items from the numerous excavations on the island.

Visit Bosnia Pictures of Bosnia That Will Inspire You

Visit Belgium Pictures of Belgium That Will Inspire You