Interesting Facts about the Vatican in Rome

Every Wednesday around 10:30 a.m., the Pope rides through St. Peter’s Square and addresses the public in many languages, concluding with a blessing for people in the crowd.

Facts You Never Knew About the Vatican in Rome-The Vatican City the smallest country in the world.

The Vatican smallest independent nation in the world, covering only 109 acres.

Smallest population with an estimated 850 people calling the region his or her home.(2010, the population of the Vatican numbered just 590).

Vatican City is the only widely recognized independent state that has not become a member of the United Nations.

The Vatican does not actually have an official language.

The Vatican has a radio station that broadcasts in 20 different languages across the world.

Italians are allowed to donate 8% of their yearly taxed to the Vatican.

Excavations at the basilica between 1940 and 1957 located the tomb believed to be St. Peter’s.

On February 11, 1929 the Lateran Pact was signed between the Holy See and Italy establishes the Vatican City State.
Benito Mussolini signed Vatican City into existence, which allowed the Vatican to exist as its own sovereign state and compensated the church $92 million for the Papal States.

The crime rate is much higher and approximately 90% of the cases remain unsolved.

The Vatican is the only country to be entirely designated as a world heritage site.

An average Vatican resident consumes 55 litres of wine every year, giving this country the highest wine consumption rate per capita in the world.

Interesting Facts about the Vatican in Rome-At the center of St. Peters Square is a Egyptian obelisk. 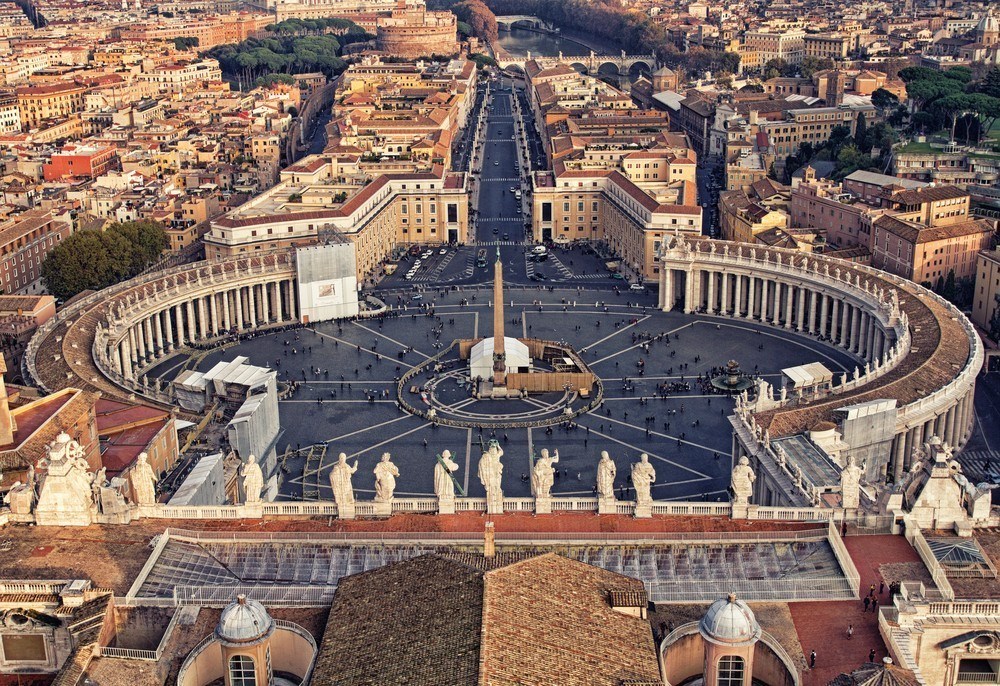 This impressive work of art took over a year to re-erect after it brought to Vatican City in the mid-16th century.
The manner in which the obelisk was set up in the elaborate stonework floor of the square enabled it to be used as a sundial.

Interesting Facts about the Vatican in Rome-The Vatican museums form the fifth largest museum in the world.

They  house one of the world’s most extensive art collections (approximately 70,000 works).
The Vatican museums extend over 14,480km (9 miles).

Interesting Facts about the Vatican in Rome-The Vatican has its own post office that issues their own stamps.

The postage stamps contribute to the largest export of the Vatican state serving as one of the primary sources of internal revenue.

Interesting Facts about the Vatican in Rome-The pope is the bishop of Rome, and his cathedral church is in Rome.

It is the world’s second-largest Christian church after the Yamoussoukro Basilica in Cote D’Ivoire.

Construction began on 18 April 1506 and was completed on 18 November 1626.
Built on the foundation of the first St. Peter’s, the new basilica took 120 years to complete. Masonry, sculpture, painting and mosaic work continued for nearly another 200 years.
The basilica covers an area of 23,000 square meters. 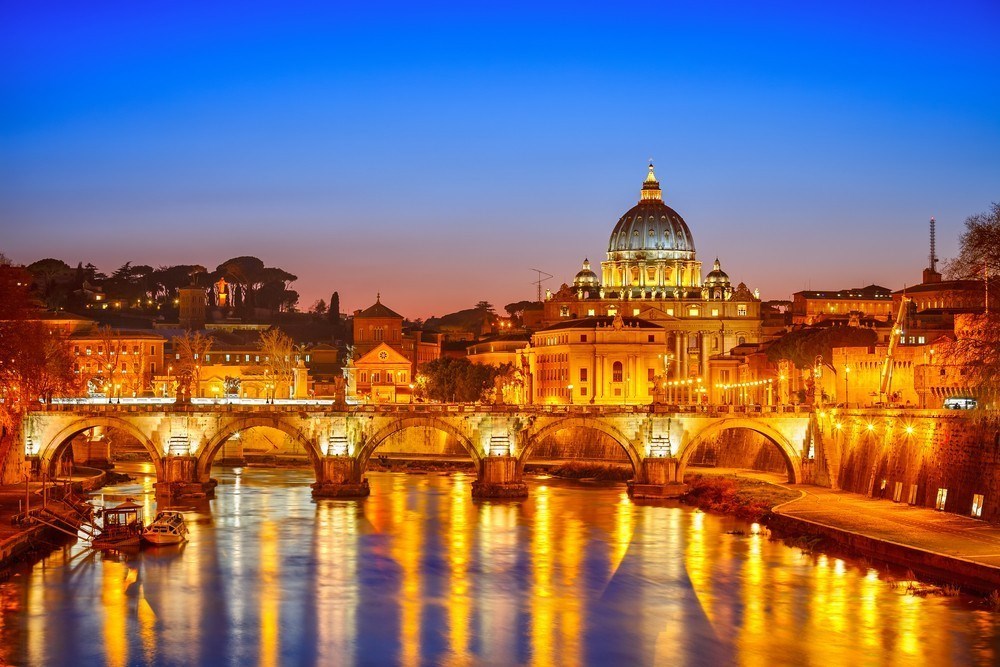 The Sistine Chapel was designed by architect Giovanni dei Dolci. The decorations by Pier Matteo d’Amelia, Michelangelo, Raphael and others continued for sixty years after construction was completed.

The Vatican Palaces consist of several connected buildings.  Within the palaces there are apartments, chapels, museums, meeting rooms and government offices.

The Palace of Sixtus V is the Pope’s residence, is called The Apostolic Palace.
The Palace houses the Papal apartments, the Pope’s offices, the magnificent Vatican museums, and has over 1,400 rooms.

In 1309, the papal court moved to Avignon in France, and seven popes ruled from there.

Interesting Facts about the Vatican in Rome-The Vatican Library is one of the biggest book collections in the world. 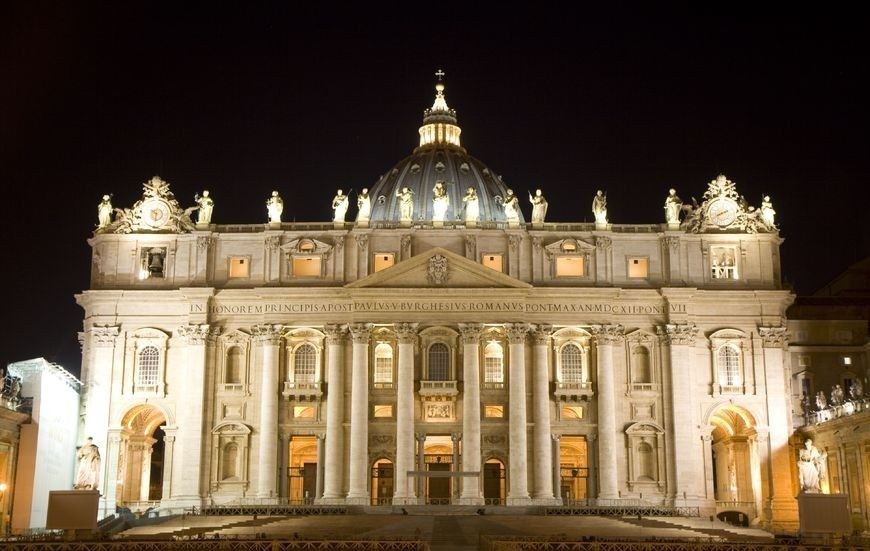 The Vatican Library is part of the Vatican Museums.
The library has 42 km (26 miles). Over 1.1 million printed books and 75,000 historical manuscripts.
The collection growing by about 6,000 books every year.
Established in 1475 by Pope Sixtus IV, the library is still used for research, and there’s plenty of reading material—the documents span more than a 1,000 years.
Michelangelo paints the ceiling of the Sistine Chape 1508-1512.

Interesting Facts about the Vatican in Rome-The Swiss Guard.

The Swiss Guard is the official guard of the Vatican and the Pope. This unit was originally established in about 1505 by Pope Julius II.

There are 135  soldiers and 6 officers in the unit.

They all wear very colorful and unique uniforms that some say were designed by Michelangelo.
The uniform isn’t changed since the Renaissance.

In order to qualify as member of the Pontifical Swiss Guard, the personal bodyguard of the Pope, recruits must be a Catholic, unmarried male with Swiss citizenship who has completed his basic Swiss Army training and be at least 5 ft 9 in tall.